Paul Williams net worth: Paul Williams is an Academy Award-winning American composer, musician, songwriter, and actor who has a net worth of $14 million. Paul Williams first became famous as a songwriter of many popular 1970s songs such as "You and Me Against the World", "We've Only Just Begun", "Rainy Days and Mondays" and "Evergreen". His well-known songs were recorded by such great artists as Three Dog Night, Helen Reddy, The Carpenters, and Barbra Streisand.

Williams was born on September 19, 1940 in Omaha, Nebraska. He is married to writer Mariana Williams, and has two children. His has contributed to the music of many films including, writing and singing on Phantom of the Paradise (he also starred and earned an Oscar nomination for the music); and Bugsy Malone. He helped write the lyrics to the Cinderella Liberty song You're So Nice to Be Around, the song earned an Oscar nomination. Paul is a member of the Songwriters Hall of Fame; he won an Academy Award for best song (Evergreen) from the movie A Star Is Born. The song was also co-written by the artist who performed it, Barbra Streisand and has been nominated for several others. Williams was elected President and Chairman in April 2009, of the American Society of Composers, Authors and Publishers. He appeared on several television shows in the 1970s and 1980s, including guest appearances on Hawaii Five-O, Match Game '79, The Love Boat, The Hardy Boys, The Odd Couple, The Fall Guy, and The gong Show. He appeared in the movie Baby Driver in 2017 which was his first film in 25 years. 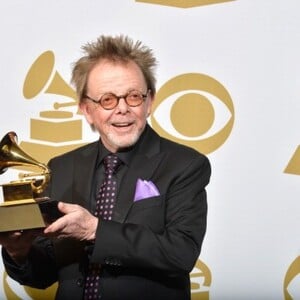