Paul Potts Net Worth: Paul Potts is a British tenor who has a net worth of $10 million. Potts is best known for winning the first season of "Britain's Got Talent" in 2007. Now a successful opera singer, Paul won the competition with a performance of "Nessun dorma" from the opera "Turandot." His operatic pop album "One Chance" topped sales charts in 13 countries.

After winning "Britain's Got Talent," Paul was reportedly so financially cautious that he didn't hand in his notice at Carphone Warehouse, his regular day job. It took him six months before he finally quit, even though he had already secured a 1-million-pound contract long before then. At Carphone Warehouse, Potts sold mobile phones for 14,000 pounds a year plus commission. He took a six-month sabbatical from this job after winning "Britain's Got Talent."

Early Life: Paul Potts was born on October 13th of 1970 in Kingswood, South Gloucestershire, England. He was raised alongside three siblings in Fishponds by working-class parents. During his secondary school years, Paul developed a strong passion for singing, and he performed in the choirs at several churches. Unfortunately, he was also bullied regularly at school, which he later admitted had impacted his self-confidence.

After leaving secondary school, Potts worked various jobs at retail shops like Waitrose and Tesco. In 1993, he attended the University College Plymouth St. Mark & John and earned a Bachelor of Arts degree in Humanities. In 1996, he was elected to the Bristol City Council as a Liberal Democrat, becoming the youngest member of the Bristol City Council. He served in this position until 2003. In the early 2000s, he started working at Carphone Warehouse as a mobile phone salesman.

Career: Paul Potts began his singing career as an amateur opera singer. Despite performing in London and Bath in various roles for a number of operas, he was never paid for his singing during these early roles. In 2007, Paul Potts decided to audition for "Britain's Got Talent." He decided to audition in part because of financial difficulties due to a broken collarbone and whiplash suffered after a bicycle accident.

During his audition, Potts sang "Nessun dorma." He received a standing ovation from the crowd, and the video was posted on YouTube. The clip went viral and it quickly received hundreds of millions of views. Paul soon became a favorite on the show, and he consistently high numbers of votes from fans. Defeating the bookmaker's favorite Connie Talbot, Potts went on to win the competition. After emerging victorious, Potts won 100,000 pounds. He was also given a record contract worth 100,000 pounds.

Paul's debut album, "One Chance," was released in 2007. It reached the number-one spot on the UK Album chart and later achieved platinum status for having sold over 2 million copies. During this period, Potts performed in various live concerts alongside figures like Katherine Jenkins. He also performed with the Deutsches Filmorchester Babelsberg. In January, he embarked on a tour of 97 concerts across 23 countries and 85 cities. Paul made several TV appearances on shows like "The Oprah Winfrey Show," "Weekend Edition," and others. In 2009, he served as a guest host for "The Morning Show" in Australia alongside Kylie Gillies.

Over the course of his musical career, Paul Potts has collaborated with artists like Carola Häggkvist, Hayley Westenra, and others. In 2016, he accepted two full-length opera roles for the first time in his life. First, he appeared in Puccini's "Tosca," playing the role of Cavaradossi. He then appeared as Steuermann in Wagner's "Der Fliegende Holländer." In 2019, he competed in "America's Got Talent: The Champions" and reached the final 12. 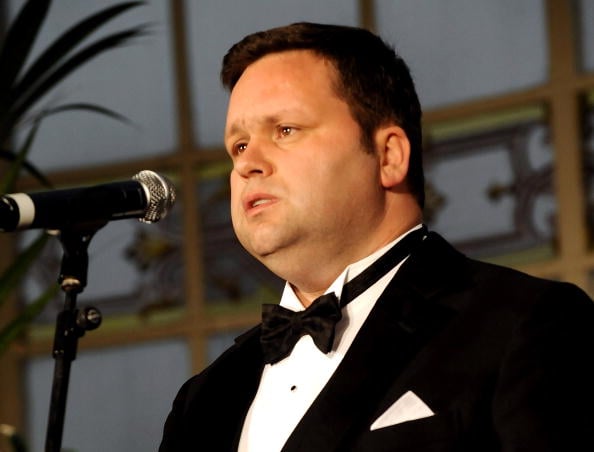 In response, Potts stated that he had never been paid for any singing performances or recordings, and this meant that he was in fact an amateur. He also reminded his critics that everyone involved in the show had received some kind of training in the past, and that he never claimed to be completely untrained.

Brand Endorsements: Paul Potts has supplemented his income with a number of brand endorsements over the years. He appeared in a commercial for Deutsche Telekom, and he later sang in two Japanese TV advertisements for Ryukakusan Direct throat medicine.

Relationships: Paul Potts met a woman named Julie-Ann in an internet chat room in 2001, prior to competing in "Britain's Got Talent." They met face-to-face after their initial online conversation, and they were married in 2003.

Real Estate: In 2008, it was reported that Paul Potts had sold his home in Port Talbot, Wales. The modest home fetched 60,000 pounds. He then purchased a much more substantial mansion in the same area for 450,000 pounds. This was just over a year after he had emerged victorious from "Britain's Got Talent." Paul's new property features terraces, a Jacuzzi, and a large garden. The mansion also features wood-paneled hallways. 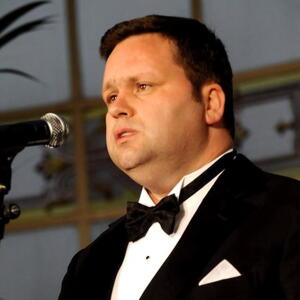