Paul Anthony Net Worth: Paul Anthony is an American singer and actor who has a net worth of $800 thousand. Paul Anthony was born in Brooklyn, New York in March 1960. As a singer Anthony is best known for being part of the R&B group Full Force. Full Force was formed in 1986.

Full Force wrote or produced music for artists such as Patti LaBelle, Britney Spears, James Brown, Backstreet Boys, La Toya Jackson, Selena, NSYNC, Rihanna, The Black Eyed Peas and more. Full Force released their self-titled debut studio album in 1985. Their 10th and latest album Full Force: With Love From Our Friends was released on Legacy Records in 2014. As an actor Anthony first appeared in the movie Krush Groove in 1985. He starred as Stab in the movies House Party in 1990 and House party 2 in 1993. Anthony also starred in the films Who's the Man? in 1993 and Telling You in 1998. He appeared in an episode of the TV series Martin in 1995. Paul's brothers Bowlegged Lou and B-Fine and his cousins Baby Gerry, Shy Shy, and Curt-t-t are also members of Full Force. 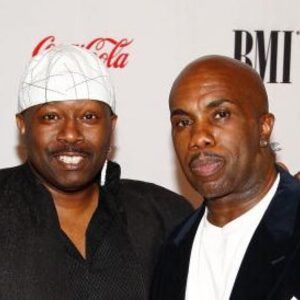