Paul Anka Net Worth: Paul Anka is a Canadian singer, songwriter, and actor who has a net worth of $80 million. Known for singing and writing some of the best-known hits in musical history, Paul Anka has carved out an impressive name for himself in the music industry.

Paul Anka rose to fame in the 1950s with hit songs including "Diana," "Lonely Boy," and "Put Your Head on My Shoulder." He also wrote the theme music to "The Tonight Show Starring Johnny Carson," and wrote "She's a Lady," one of Tom Jones' biggest hits. Later, Anka co-wrote Michael Jackson's "This is It" and "Love Never Felt So Good," both of which found success after Jackson's passing.

Early Life and Career Beginnings: Paul Anka was born in 1941 in Ottawa, Ontario, Canada. His parents, Camelia and Andrew, were both of Lebanese Christian ancestry; his mother was an immigrant from Lebanon, while his father came from Syria. As a youth, Anka sang with the St. Elias Antiochian Orthodox Cathedral choir, and studied piano under Winnifred Rees. Later, while attending Fisher Park High School, he was part of a vocal trio known as the Bobby Soxers. At the age of only 14, Anka recorded his first single, "I Confess."

Rise to Fame: In 1956, Anka traveled to New York City to audition for Don Costa at ABC Records. The song he performed, "Diana," would soon become one of his biggest hits. Released in 1957, it went all the way to number one on both the US and Canadian music charts, making it one of the top-selling singles ever by a Canadian artist. Anka continued his success in 1958, releasing four songs that hit the top 20; among them were "It's Time to Cry," which made it to number four, and "(All of a Sudden) My Heart Sings," which peaked at number 15. At only 17 years of age, this success made Anka one of the most prominent teen idols of the time. He went on to tour in the UK and Australia, performing in the latter country alongside Buddy Holly. For Holly, Anka wrote the song "It Doesn't Matter Anymore," which the former artist recorded just before his untimely death in 1959.

Among his other credits at the time, Anka wrote the famous theme for "The Tonight Show Starring Johnny Carson." In 1960, he wrote "Teddy," which became a top 20 hit for Connie Francis, and later wrote the English lyrics to Frank Sinatra's version of "My Way." While acting, Anka also began writing songs for films, including "Lonely Boy," which he sung in "Girls Town," and the theme to the war film "The Longest Day." By the end of the 60s, Anka's career was largely derailed by the British Invasion; as a result, he directed his attention primarily to contemporary and big-band standards, and was a regular performer at Las Vegas casinos. 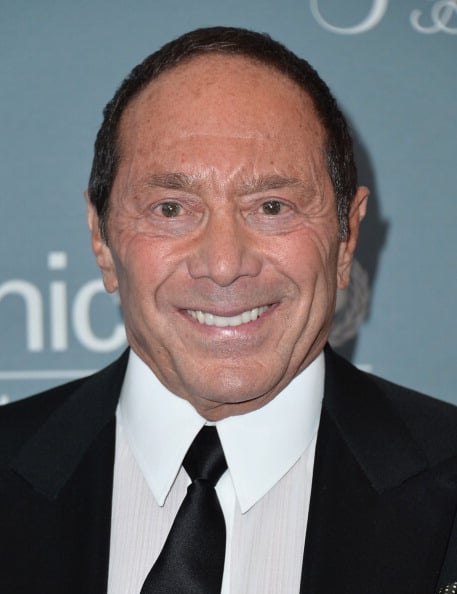 Career in the 1970s and 80s: In the early 70s, Anka signed with Buddah Records and released two albums: "Paul Anka" and "Jubilation." For the former album, released in 1971, Anka wrote "She's a Lady"; although his version failed to chart, the song became a huge hit when Welsh singer Tom Jones released his version later in the year.

After over a decade without a top 25 hit, Anka signed with United Artists. Partnering with singer Odia Coates in 1974, he finally made a comeback with the number one hit "(You're) Having My Baby." Two more duets by Anka and Coates cracked the top 10: "One Man Woman/One Woman Man," and "I Don't Like to Sleep Alone." Another duet, "(I Believe) There's Nothing Stronger Than Our Love," hit number 15. In 1975, Anka had another hit on his hands with "Times of Your Life," a jingle he recorded for Kodak. The jingle was so popular that Anka turned it into a full song, which made it to number seven on the US pop chart. Other hits included "Anytime (I'll Be There)," which Anka wrote for Sinatra, and "Hold Me 'Til the Mornin' Comes," released in 1983 as Anka's final top 40 hit in the US.

Recordings in the 1990s and 2000s: In 1998, Anka released his album "A Body of Work," his first new American studio release since 1983's "Walk a Fine Line." The album included contributions by Patti LaBelle, Celine Dion, and Kenny G, among others. This was followed by 2005's "Rock Swings," an album composed of big-band arrangements of modern rock songs. Anka later released the albums "Songs of December," which hit number 58 in Canada, and "Duets," published in 2013.

Acting Career: After having roles in such films as "Let's Rock," "Verboten!," "Girls Town," "The Private Lives of Adam & Eve," and "Look in Any Window," Anka made his first appearance in a major film in 1962's "The Longest Day," playing an army private. Later on, he guest-starred in the made-for-television Perry Mason movie "The Case of the Maligned Mobster," and played a yacht broker in the Kurt Russell comedy film "Captain Ron." In 1995, he played himself in the annual "Treehouse of Horror" episode of "The Simpsons," and the next year, appeared in the ensemble crime comedy film "Mad Dog Time." Later credits include the 2001 film "3000 Miles to Graceland," the NBC series "Las Vegas," and the dramedy series "Gilmore Girls," on which he played a version of himself.

Personal Life: From 1963 to 2001, Anka was married to Anne de Zogheb, the daughter of a Lebanese diplomat. The pair has five daughters: Amelia, Anthea, Alicia, Amanda, and Alexandra. In 2008, Anka wed Swedish model and actress Anna Åberg, who was also his personal trainer. In 2010, they divorced, with Anka taking full custody of their son. Later, in 2016, Anka was betrothed to Lisa Pemberton in Beverly Hills. 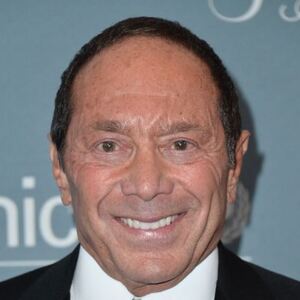