Patsy Cline Net Worth: Patsy Cline was an American country music singer who had a net worth of $10 million. Patsy Cline was born in Winchester, Virginia in September 1932 and passed away in March 1963. Cline was part of the Nashville sound in the early 1960s and crossed over to popular music.

Cline was one of the most successful and influential vocalists of the 20th century. She was known for her rich tone and contralto voice. Cline was a pioneer in the country music industry and helped pave the way for women in the genre. Cline's hits started in 1957 with Donn Hecht's and Alan Block's "Walkin' After Midnight". She was also known for Hank Cochran's and Harlan Howard's "I Fall to Pieces", Cochran's "She's Got You", Willie Nelson's "Crazy", and Don Gibson's "Sweet Dreams". Cline was the first female solo artist inducted to the Country Music Hall of Fame. She was voted #1 on VH1's The 100 Greatest Women in Rock and Roll. She was voted #1 on CMT's The 40 Greatest Women of Country Music and was ranked #46 in the 100 Greatest Singers of All time by Rolling Stone magazine. Cline released three studio albums and another four were released posthumously. Patsy Cline passed away on March 5, 1963 of a plane crash at 30 years old. 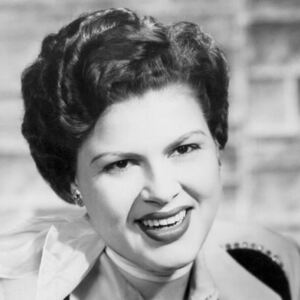