Patricia Kaas Net Worth: Patricia Kaas is a French actress and musician who has a net worth of $20 million dollars. Born in 1966 in Forbach, Lorraine, France, Patricia Kaas made her debut as a singer with her 1988 album "Mademoiselle chante". Between then and 2012, she has released ten studio albums, including "Je te dis vous", "Dans ma chair", "Le Mot de passé", "Piano Bar", and "Kaas chante Piaf".

Kaas has sold more than 16 million records around the world and frequently tours the globe as a performer. In 1993, she turned down a part in the film "Germinal", which would have been her on-screen debut. A year later, she was set to appear in "Falling In Love Again", though the film collapsed under the weight of financial issues. Her acting debut finally came in 2001 in the film "And now…Ladies and Gentlemen". She played Jane alongside actor Jeremy Irons. In 2012, she filmed the TV movie "Assassinee". Kaas was featured in the documentary of her life made by Horst Muhlenbeck. She has been nominated for dozens of awards during her career, including a 1995 World Music Award for Best French Female Artist of the Year, a Goldene Europa in 2002 for International Female Artist of the Year, and a 1996 Platinum Europe Award for "Tour de charme". 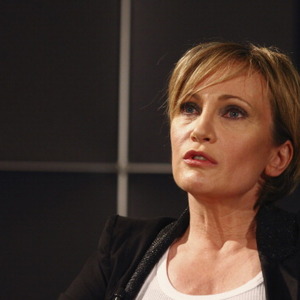