Patrice Rushen net worth: Patrice Rushen is an American composer, musician, record producer, music director, songwriter, and singer who has a net worth of $4 million. Patrice Rushen was born in Los Angeles, California in September 1954. She released her debut studio album Prelusion in 1974 and has released a total of 15 albums.

Rushen's 1979 album Pizzazz reached #2 on the Top Jazz Albums chart and her 1982 album Straight from the Heart reached #14 on the Billboard 200 chart. Her best known hit single is "Forget Me Nots" which reached #2 US Dance chart, #4 on the US R&B/Hip-Hop chart, and #8 on the UK Singles Chart. Rushen has also released albums with The Meeting, Eddie Henderson, and Jean-Luc Ponty. She served as the musical director for The Steve Harvey Show from 1996 to 2002 and has been the musical director for the Primetime Emmy Awards and the Grammy Awards. 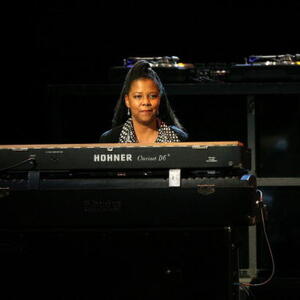