What is Pat Benatar's Net Worth?

Pat Benatar is an American singer who has a net worth of $40 million. That is a combined net worth with her husband of 30+ years, Neil Giraldo. Benetar has produced 14 Top 40 singles including the following Top 10 hits: Hit Me with Your Best Shot, Love Is a Battlefield, We Belong and Invincible. Being an award-wining and audiences-favorite singer, Pat Benatar became one of the most heavily played artists in the early days of MTV. Benatar is an acclaimed mezzo-soprano and one of the leading female rock vocalists worldwide.

She was born Patricia Mae Andrzejewski on January 10, 1953, in Greenpoint, Brooklyn, New York City. Her mother Mildred was a beautician and her father Andrew a sheet-metal worker. The family moved to Lindenhurst, New York, a village in the Long Island town of Babylon. Singing her first solo at the age of eight, a song called "It Must Be Spring" at Daniel Street Elementary School, Benatar showed interest in theater and began voice lessons very early.

Years later, she flaunted the power of her 4.5-octave voice at the Lindenhurst Senior High's musical-theater department where she participated in school productions. She had plans to go to Julliard but instead decided to pursue health education at Stony Brook University. However, after just one year at Stony Brook, Pat took everyone by surprise by marrying her high-school sweetheart Dennis T. Benatar, a soldier, with whom she moved off to Virginia where he had been stationed. She then worked as a bank teller in Richmond, Virginia starting in 1973.

Not before long, Pat got tired of the tedious life as a housewife and bank clerk and quit her job for a singing gig at a Holiday Inn and got a job as a singing waitress at a nightclub called The Roaring Twenties. It was there that she met and formed a duo with pianist Phil Coxon, which soon expanded to a ten-person lounge band called Coxon's Army.

The band grew in popularity and after Dennis was discharged from the Army, the couple moved to New York City in May 1975 for Benatar to pursue her solo singing career. Her rendition of Judy Garland's "Rock-a-Bye Your Baby With a Dixie Melody" earned her attention from Rick Newman, who became her manager. She was a regular performer for the next three years at the club Catch a Rising Star. Between appearances onstage, she recorded commercial jingles for Pepsi-Cola and a number of local brands. In 1978, Pat was signed to Chrysalis Records. Pat and Dennis divorced shortly after, but she kept his last name. 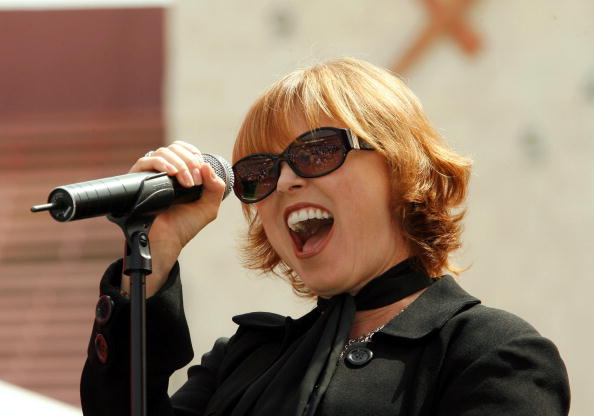 Pat Benatar's debut album "In the Heat of the Night" was released in August 1979 and it peaked at No. 12 in the U.S. in March 1980. The album was certified Platinum in December 1980. Benatar released her second LP, "Crimes of Passion" in August 1980. "Hit Me With Your Best Shot" was her first single to break the US Top 10 and sold more than one million copies in the U.S. Benatar won her first Grammy for "Best Female Rock Vocal Performance" in February 1981. Her third LP "Precious Time" hit No. 1 on the US Top LP chart in August 1981 and won her her second Grammy. 1983 saw one of the biggest hits of her career, "Love is a Battlefield."

In August 1984, Benatar released her fifth studio album "Tropico," which did not chart as well. However, the single "We Belong" became another top 10 hit in the U.S. and internationally. Benatar went on to release six more studio albums. During the height of her fame, she toured extensively worldwide.

Since 1997's "Innamorata," Benatar has only released one album of new material, 2003's "Go," which peaked at No. 187 in the U.S. She recorded and released a holiday song in November 2015, "One December Night." In January 2017, Benatar recorded the song "Shine" to support the Women's March on January 21, 2017. This is her first original non-holiday recording in over 10 years. Later that year, Benatar teamed up with producer Linda Perry to create "Dancing Through the Wreckage" for the soundtrack of the documentary "Served Like a Girl." In October 2017 the song entered the Billboard Adult Contemporary Chart, eventually peaking at number 22 in November. "Dancing Through the Wreckage" also received a nomination for Best Song from a Documentary from the Critics' Choice Awards.

Nowadays, she is mostly dedicated to raising funds for charity causes, together with her husband, Neil Giraldo, with whom she has two daughters. She and Neil have been married since 1982 and the couple resides in Los Angeles, California.

In 2017 Pat and Neil sold their longtime Maui home for $3.2 million. Situated on slightly more than an acre, they also previously owned the empty lot next door which was sold for $400,000. In 2007 the couple purchased just under 10 acres of undeveloped land in Malibu, California for $1.675 million. They slowly turned this property into a large primary residence which today is likely worth north of $10 million. They have owned at least two other properties in Malibu, including one that they sold in 2003 for $4.5 million and another they sold in 1999 for $3 million. In total, the Benatar/Giraldo real estate portfolio alone is likely worth at least $10-15 million. 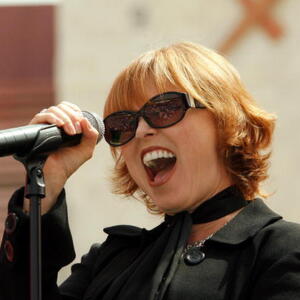