Park Bom net worth: Park Bom is a South Korean singer who has a net worth of $20 million. Park Bom was born in Seoul, South Korea in March 1984. She moved to the United States and learned to speak English. Bom is a member of the girl group 2NE1. She became the group's main vocalist in 2009 and has also released two solo singles that have both reached #1 on the Gaon Digital Chart in South Korea. 2NE1 released their debut Korean album To Anyone in 2010. The album reached #1 in Korea and #7 on the US World charts. Their 2014 Korean album Crush reached #2 in Korea and on the US World charts. 2NE1 has released the Japanese albums Collection in 2012 which reached #5 in Japan, and Crush in 2014 which reached #4 in Japan. They have had #1 hits with the singles "Fire", "I Don't Care", "Try to Follow Me", "Go Away", "Lonely", "I Am the Best", "Ugly", "I Love You", "Falling in Love", "Missing You", and "Come Back Home". 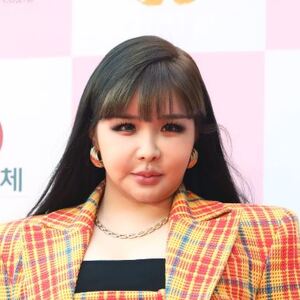