Paris Jackson Net Worth: Paris Jackson is an actress, model, and musician with a net worth of $100 million dollars. The second child of mega-superstar musician Michael Jackson, Paris' life was far from ordinary. She was often made to wear a mask in public and was unable to travel anywhere without a sea of paparazzi following close on her heels. She spoke in public very rarely and was kept hidden and protected most of the time.

Since Michael's death in 2009, Paris has appeared in public more regularly and has spoken on various talk shows about her odd childhood and her experiences with bullying at school. In 2012, Paris was included on "People" magazine's Most Beautiful People list, and she graced the cover of "Rolling Stone" in 2017. Paris has been ambassador of the Elizabeth Taylor AIDS Foundation since 2017.

Early Life: Paris Jackson was born Paris-Michael Katherine Jackson on April 3, 1998, in Beverly Hills, California. Her mother, Debbie Rowe, a dermatology nurse, gave up all parental rights after divorcing Michael Jackson in 1999, and Paris, older brother Michael Joseph (aka Prince), and half-brother Prince Michael (aka Blanket) were raised by their father on Neverland Ranch. Michael was close friends with Macaulay Culkin and Elizabeth Taylor and named them Paris' godparents. After Michael tragically passed away on June 25, 2009, his mother, Katherine, gained custody of his children. Paris attended the Buckley School in Sherman Oaks, where she played softball and flag football and joined the cheerleading squad. 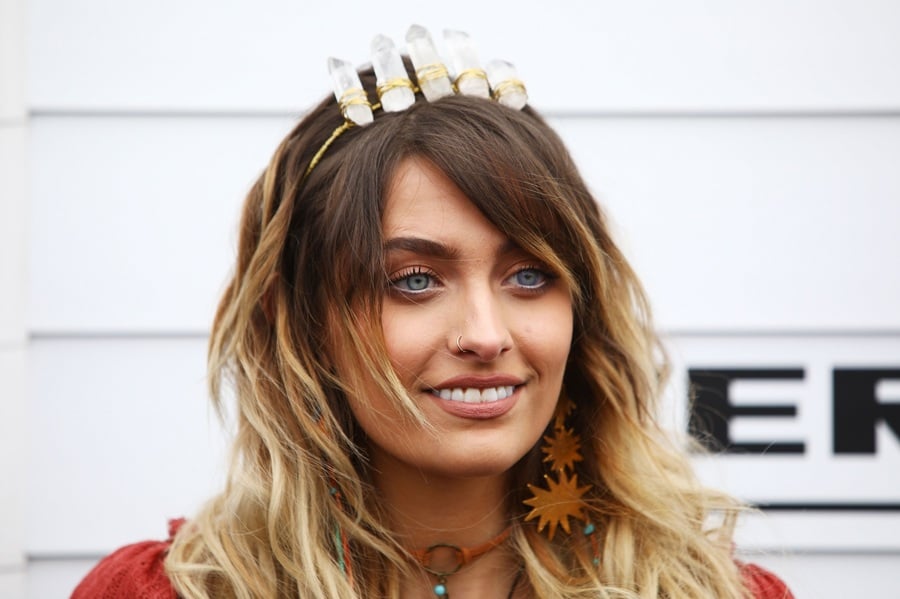 (Photo by Graham Denholm/Getty Images for the VRC)

Career: In 2011, Paris was cast as the lead in "Lundon's Bridge and the Three Keys," a fantasy film based on a children's book by Dennis Christen. The film was intended to be the first in a 5-film franchise, but it was never produced. In March 2017, Jackson signed with IMG Models and guest-starred on 4 episodes the Fox series "Star." That year, she won an Emerging Talent Award from Daily Front Row and was nominated for a Teen Choice Award for Choice Model. Paris made her big screen debut in 2018's "Gringo," a crime comedy starring Charlize Theron, David Oyelowo, and Joel Edgerton. She will also appear in "The Space Between" and is set to portray Jesus in "Habit." In 2019, she guest-starred on VH1's "Scream," which is based on Wes Craven's popular horror franchise. Paris has also appeared on "The Oprah Winfrey Show," "The X Factor," "The Ellen DeGeneres Show," and "The Tonight Show Starring Jimmy Fallon" as well as music videos for Steel Panther, Nahko and Medicine for the People, The xx, and Thirty Seconds to Mars.

In 2018, Jackson formed the folk band The Soundflowers with Gabriel Glenn, and their first gig took place at Canyon Sessions on June 23rd of that year. Paris performs vocals and ukulele, and the duo released a self-titled EP in June 2020.

Personal Life: Paris began self-harming after her father's death, and by the time she was 15, she was addicted to intravenous drugs and had attempted suicide multiple times. She spent her sophomore and junior years at Utah's Diamond Ranch Academy, a therapeutic boarding school. Jackson was hospitalized in March 2019, and though TMZ reported that she had attempted suicide again, Paris denied the report, and a source close to her confirmed that she simply had an accident at home.

Paris dated soccer player Chester Castellaw in 2015 and musician Michael Snoddy from 2016 to 2017, and she reportedly began a relationship with bandmate Gabriel Glenn in 2019. On the 2020 Facebook Watch series "Unfiltered: Paris Jackson & Gabriel Glenn," Jackson said that she has "dated more women than men." In 2018, Jackson was granted a temporary restraining order against Nicholas Stevens, a 23-year-old man who had been stalking her.

Real Estate: In 2017, Paris paid approximately $2 million for a 7-bedroom house in the Topanga Canyon area of Los Angeles. She shared the home with several of her friends, including Marlon Brando's granddaughter, Prudence, and model Ashley Danielle Craig. 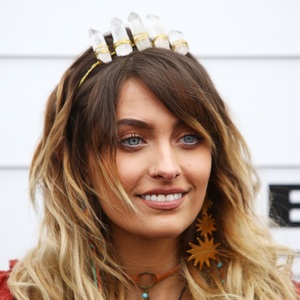