Paquita started her career in Mexico City in 1970. Her lyrics are known for standing up against Mexico's sexist male culture and she became popular among female audiences. Paquita is known for her signature phrase "Are you listening to me, you good-for-nothing?". One of her best known songs is Rata de dos patas (Two-legged rat). Many of her songs are staples in Mexican clubs and cantinas. Paquita participated in the Spanish version of "We Are The World", "Somos El Mundo". Her debut album Mi Renuncia was released in 1988. She has released a total of 42 albums and her new album La Leyenda Del Barrio is scheduled to be released in 2015. 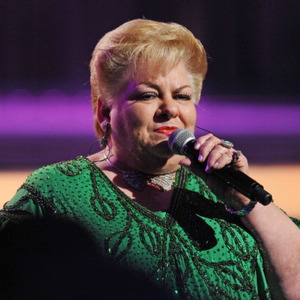