Paolo Nutini net worth: Paolo Nutini is a Scottish singer, songwriter and who has a net worth of $9 million. Paolo Nutini was born January 9th, 1987 in Scotland. Paolo Nutini earned his net worth as a singer and songwriter. He first started singing publicly in his school choir. His father is of Italian descent, from Barga, Tuscany.

His parents are Scottish, his family having been in Scotland for three generations. Paolo was first encouraged to sing by his music-loving grandfather, Jackie, and a teacher at his school, St Andrews Academy. This teacher recognized his talent. In 2003 his big chance came when he attended a concert staged by 102.5 Clyde 1 for David Sneddon's return to his home town of Paisley. Throughout 2006 he played a number of sell-out concerts in the United Kingdom, and performed at a wide variety of venues worldwide, including King Tut's Wah Wah Hut in Glasgow, a TV appearance on Later with Jools Holland, the Carnegie Hall in New York, The Montreux Jazz Festival, The Wireless Festival, Oxegen and T in the Park. His debut album These Streets, produced by Ken Nelson (Coldplay/Gomez), was released on 17th July 2006 and immediately entered the UK album charts at #3. Many of the songs on the album, including "Last Request" and "Rewind", were inspired by a turbulent relationship with a girlfriend, and "Jenny Don't Be Hasty" is a true story about encounters with an older woman. He performed at the Glastonbury Festival in June 2007 on the famous Pyramid Stage on the second day of the event. In 2009, he released his second studio album Sunny Side Up, which debuted at number one. In 2010, Colin Farrell presented his with "Best International Album" for Sunny Side Up at the 2010 Meteor Awards. A number of his songs have featured in TV programmers such as Scrubs, CSI: Miami and the film The Jane Austen Book Club. 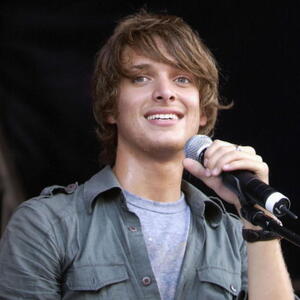