How much is Paloma Faith Worth?

Paloma Faith Net Worth: Paloma Faith is an English singer, songwriter and actress who has a net worth of $3 million. She was born in London, England on July 21, 1981. On one occasion, she had claimed to being born in 1985, but later it was revealed her true year of birth after her birth certificate went public online. Since her early age, she possessed artistic skills. After her parents got divorced, she was four at the time, Paloma's mother was the one to receive custody over her. Thus, under her mother's sway she was taking ballet lessons. It was in 2007 that Faith started her career and has since released three albums. It was in 2009 that her first solo album "Do You Want the Truth of Something Beautiful?" was released. This release went double platinum in the United Kingdom and included 2 top 20 hit songs as well. Her second album, "Fall to Grace" was released on 2012 and it was a double platinum in the United Kingdom. As for her greatest hit, it was spawned by the album "Picking up the Pieces". She recently released her third album: "A Perfect Contradiction", and is now promoting it across the UK. Faith was nominated for a BRIT Award on two occasions, once for "best female solo artist" in 2012, and then again for "best female artist" and "best British album" in 2013. Furthermore, she has appeared in major roles in a handful of movies, from which the most important are "The Imaginarium of Doctor Parnassus" and the horror film "Dread". Faith married Rian Haynes, which was a New Zealand chef, but the two got divorced four years later. 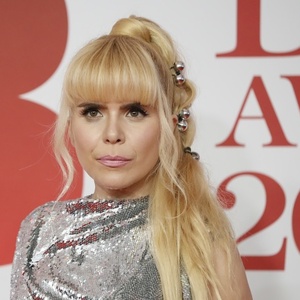