Pablo Milanés Net Worth: Pablo Milanés is a Cuban singer/songwriter and guitar player who has a net worth of $500 thousand. Pablo Milanés Arias (aka Pablo Milanés) was born February 24, 1943 in Bayamo, Cuba. He is a pianist and guitarist whose Brazilian-esque melodies set him apart.

Along with Silvio Rodriguez, Pablo Milanés was one of the key figures in Cuba's nueva trova popular song movement of the late '60s; sponsored by Fidel Castro's government, the collective of nueva trova musicians were essentially charged with reconfiguring and updating traditional Cuban folk music for the nation's new, modern, post-revolutionary society. Milanés gained attention for his highly poetic lyrics and smooth yet emotional singing, becoming one of the most popular and respected Cuban musicians and songwriters of his time, and releasing many recordings. Milanés studied at a conservatory in Havana and became somewhat of a controversial figure-despised for his staunch support of Castro and criticized the sentimental, orchestrated jazz-pop genre he represented-but his status as one of the most important links between traditional and contemporary Cuban music remains virtually unmatched to date. He also took on official positions within Cuba, but has since reportedly avoided participating in pro-government campaigns. On January 25, 2007, Milanés signed a petition supporting Puerto Rico's independence from the United States of America. 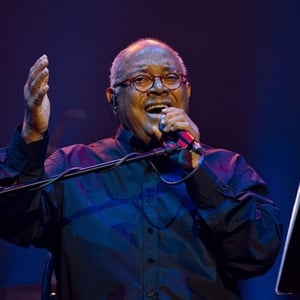