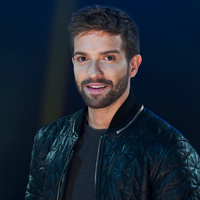 Pablo Alborán Net Worth: Pablo Alborán is a Spanish musician, singer and songwriter who has a net worth of $10 million. Pablo Moreno de Alborán Ferrándiz (best known as Pablo Alborán) was born May 31, 1989 in Málaga, Spain. He burst onto the scene when his self-titled debut album was a smash hit, topping the charts for six weeks straight in 2011. Alborán learned to play guitar at a young age and wrote his first songs at the tender age of 12. In time, he was signed to a major-label recording contract with EMI and became a solo artist. Featuring the chart-topping hit single Solamente Tú, his self-titled, full-length album made Alborán one of the biggest sensations of that year in Spain. The song Miedo was released as the follow-up single. 2011 proved to be a big year for Pablo Alborán, including being nominated for three Latin Grammy Awards. Alborán has released two studio albums, one live album, four singles, four music videos and various musical collaborations. Prior to his first album—in preparation for it—Alborán composed a total of 40 songs. During the recording of this self-titled studio album, he uploaded a few of the songs on YouTube, which gained the attention of many, including singer Kelly Rowland who was amazed by his voice. Those videos have since received millions of views. He subsequently released a live album as well as acoustic versions of most of the tracks from his debut album, as well as two new songs and four bonus tracks. The song Perdóname (Forgive Me) was re-recorded featuring Portuguese singer Carminho and released as the first single of the album, peaking at No. 1 on the Spanish singles chart in 2011. The album also topped the Portuguese Albums chart in January 2012. To add to his monumental year in 2011, Alborán received the 2011 Best New Act award in Los Premios 40 Principales.