Otis Williams net worth: Otis Williams is an American singer who has a net worth of $8 million dollars. Otis Miles, Jr. was born in Texarkana, Texas in October 1941. He is best known for being the last surviving original member of The Temptations. As a teenager Williams started singing groups including Otis Williams and the Siberians, the El Domingoes, and the Distants.

In March 1961 Williams was signed to Motown as part of the group The Temptations. The Temptations have sold tens of millions of albums. They have released 43 studio albums and their hits include the singles "My Girl", "I'm Gonna Make You Love Me", "Just My Imagination (Running Away with Me)", and "Papa Was a Rollin' Stone". They won three Grammy Awards and the 2013 Grammy Lifetime Achievement Award. They were inducted into the Rock and Roll Hall of Fame in 1989 and have been inducted into the R&B Music Hall of Fame. Over the years The Temptations have had over 20 members, but Williams remains the last original member. He has been married three times and dated Florence Ballard of The Supremes and R&B singer Patti LaBelle. In June 2004 Williams was the victim of a death hoax that spread on Facebook. Williams is alive and well. 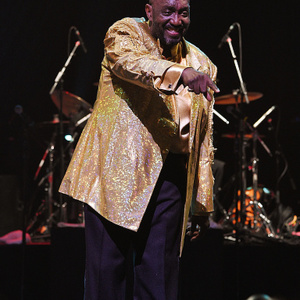