He became the first musician signed to Def Jam subsidiary OBR Records and was the first R&B artist on the hip hop record label. His debut studio album Juice was released in 1986. The next year he released the album GTO: Gangsters Takin' Over. In 1989 his album To Be Immortal was released and his last album Player's Call came in 1997. His 1986 single "The Rain" reached #9 on the Billboard Hot 100 chart and #4 on the UK Singles Chart. He also had a hit with "How to Love Again" with Alyson Williams. Oran Juice was nominated for two Grammy Awards for The Rain. He left the music business to care for his terminally ill mother and raise his family. His son Oran II or Mookie and his daughter Perri Jones are also musicians. Jones now contributes to hip hop blogs and produces and scores commercials and independent films. Jones performed in November 2014 on Jimmy Kimmel Live! in celebration of Kimmel's birthday. 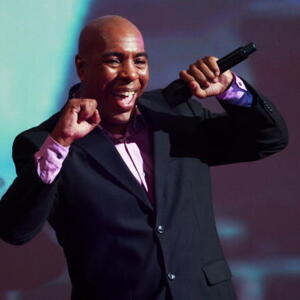