What is Olivia Newton-John's Net Worth?

Dame Olivia Newton-John AC DBE is an actress, singer, author, and producer who has a net worth of $60 million. Newton-John has enjoyed both a successful recording career and film career. With record sales of an estimated 120 million, Olivia is one of the best-selling artists in history. She has released more than 25 studio albums and is known for singles like "Physical," "I Honestly Love You," and "Have You Never Been Mellow."

Olivia Newton-John was born on September 26, 1948, in Cambridge, Cambridgeshire, England. Olivia grew up with mother Irene, father Brinley, and older siblings Hugh and Rona; Rona was married to Olivia's "Grease" co-star Jeff Conaway in the early '80s. Brinley was an MI5 officer who was involved in the Enigma project during World War II, and he later served as the Headmaster of the Cambridgeshire High School for Boys. Newton-John's maternal grandfather was Max Born, a Nobel Prize-winning physicist who fled Germany for Britain in order to escape the Nazis. When Olivia was 6 years old, the family moved to Melbourne, Australia, where her father took a job at Ormond College at the University of Melbourne. Newton-John attended Christ Church Grammar School and University High School.

At age 14, Olivia and three of her classmates formed the band Sol Four. The all-girl group often performed at her brother-in-law's coffee shop, and she was regularly featured on local TV and radio shows. While appearing on "The Go!! Show," she met Pat Carroll and John Farrar, who would become her duet partner and producer, respectively. Newton-John won a talent contest on "Sing, Sing, Sing," receiving the prize of a trip to Great Britain, which she took a year later. She made her film debit in 1965's "Funny Things Happen Down Under," and in 1966, she recorded "Till You Say You'll Be Mine," her first single. She later formed the duo Pat and Olivia with Pat Carroll, and after Carroll moved back to Australia after her visa expired, Newton-John focused on solo work until 1975 when she joined the group Toomorrow. With the band, she starred in the 1970 film "Toomorrow" and released the singles "I Could Never Live Without Your Love"/"Roll Like a River" and "You're My Baby Now"/"Goin' Back." Olivia released her debut solo album, "If Not for You," on November 1, 1971, and it was certified Platinum in Australia. Her third album, 1973's "Let Me Be There," earned Newton-John her first Grammy as well as an Academy of Country Music award. In 1974, she was chosen to represent the U.K. in the Eurovision Song Contest and finished in fourth place.

Olivia's 1974 single "I Honestly Love You" topped the charts in Australia, Canada, and the U.S., and her starring turn in 1978's "Grease" brought her three more hit singles, "You're the One That I Want," "Summer Nights," and "Hopelessly Devoted to You." The film was a massive success, grossing $366.2 million at the box office, and Newton-John followed it up by starring as Kira in 1979's "Xanadu." In 1981, she released the album "Physical," which went 2× Platinum in the U.S. and 4× Platinum in Canada; the title track reached #1 in several countries. Olivia hosted "Saturday Night Live" in 1982 and appeared in the film "Two of a Kind" in 1983, and she starred in two HBO specials, "Olivia in Concert" (1982) and "Olivia Down Under" (1988). She appeared in the television films "A Mom for Christmas" (1990) and "A Christmas Romance" (1994), and she hosted the series "Timeless Tales from Hallmark" in 1990. Her 1994 album, "Gaia: One Woman's Journey," chronicled Newton-John's first battle with breast cancer, and unlike her previous albums, she wrote all the lyrics and music herself. In 1995, Olivia guest-starred on "The Man from Snowy River" and "Ned and Stacey," followed by "Tracey Takes On…" and "Murphy Brown" in 1997. She performed "Dare to Dream" with John Farnham during the 2000 Summer Olympics' Opening Ceremony, and that year she also played Bitsy Mae Harling in the film "Sordid Lives." She reprised her role in 2008's "Sordid Lives: The Series."

Newton-John appeared in the TV movie "The Wilde Girls" (2001) and the films "Score: A Hockey Musical" (2010) and "A Few Best Men" (2011), and in 2010, she played herself in two episodes of "Glee," recreating her "Physical" video with Jane Lynch's Sue Sylvester. In 2012, she reunited with her "Grease" co-star John Travolta to record the charity album "This Christmas," which benefited the Jett Travolta Foundation and The Olivia Newton-John Cancer & Wellness Centre; they later teamed up again for "Meet 'n' Grease" events in 2019. Olivia was a guest judge on "RuPaul's Drag Race" and "Dancing with the Stars" in 2015, and she appeared in the TV movie "Sharknado 5: Global Swarming" in 2017. In 2020, she co-starred with Paul Hogan, Chevy Chase, and John Cleese in the Amazon Prime Video film "The Very Excellent Mr. Dundee," and in January 2021, she released the single "Window in the Wall," a duet with her daughter, and the music video reached #1 on the iTunes pop music video chart. 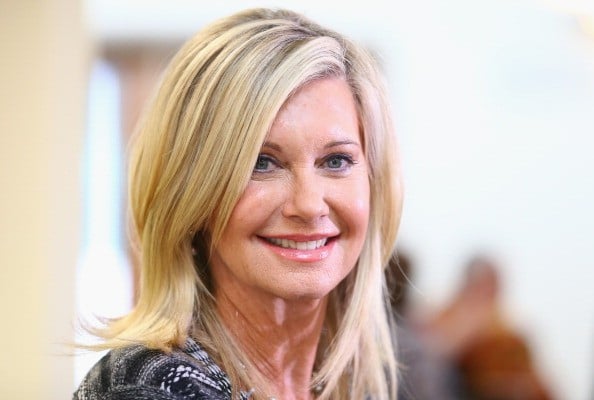 In 1968, Olivia became engaged to Bruce Welch, who produced some of her music and co-wrote her song "Please Mr. Please," and he attempted suicide after their relationship ended in 1972. In 1973, she began a relationship with businessman Lee Kramer, who became her manager, and they were together for most of the 1970s, though Newton-John called the relationship "one long breakup." She married her "Xanadu" co-star Matt Lattanzi on December 15, 1984, and they welcomed daughter Chloe Rose (born January 1986) before divorcing in 1995. Olivia then dated cameraman/gaffer Patrick McDermott on and off for nearly a decade, but he disappeared during a 2005 fishing trip off the coast of California. Over the years, there have been rumors that McDermott faked his death and was living in Mexico. Newton-John wed John Easterling, who founded the Amazon Herb Company, on June 21, 2008, in Peru; after exchanging their vows in an Incan spiritual ceremony, the couple had a legal ceremony on Jupiter Island, Florida, nine days later.

Olivia was diagnosed with breast cancer in 1992, and after being diagnosed with the disease again in 2017 (after initially being misdiagnosed with sciatica), she revealed that she had also battled breast cancer in 2013. After it was reported in 2017 that the cancer had metastasized to Newton-John's lower back and spread to her bones, Olivia, who was in Stage IV cancer at the time, stated that in addition to radiation therapy, she had been using cannabis oil to treat her pain. Her husband, John, grows the medicinal marijuana on their Santa Barbara ranch. Newton-John and Easterling co-founded the Olivia Newton-John Cancer Wellness & Research Centre at Austin Hospital in Heidelberg, Victoria, Australia, which offers "world-leading treatment and care complemented by wellness programs to support patients in body, mind and spirit."

Olivia received a star on the Hollywood Walk of Fame in 1981, and she was inducted into the Australian Recording Industry Association Hall of Fame in 2002. The United Nations Environment Programme named her a Goodwill Ambassador in 1990, and in 1998, she received a Cadillac Concept to the World Humanitarian Award. In 1999, the Red Cross honored Newton-John with a Humanitarian Award, and she received the "Woman of the 21st Century" Award from the Women's Guild of Cedar-Sinai Hospital, and the following year, she was presented with the Environmental Media Association's "Ermenegildo Zegna International Environmental Award" and the Rainforest Alliance's Green Globe Arts and Nature Award. Olivia received Lifetime Achievement Awards at the 2006 Australia Day at Penfolds Black Tie Gala and the 2007 American-Australian Association Black Tie Gala, and she was named a National Living Treasure of Australia in 2012. She received a Humanitarian Award from Decatur Memorial Hospital in 2006, a Valor Award from the Kimmel Center in 2007, and a Marianne Williamson Founder's Award from Project Angel Food in 2008. Newton-John was made an Officer of the Order of Australia (AO) in 2006 and a Companion of the Order of Australia (AC) in 2019.

In 2005 Olivia sold an absolutely stunning oceanfront Malibu home for an undisclosed amount to auto financing billionaire Don Hankey. Today this home could be worth $80+ million.

In 2015, Olivia spent $4.69 million to acquire a 12-acre horse ranch in Santa Inez, California. She listed the home for sale in May 2019 for $5.4 million. That month Newton-John also listed her country estate in Australia for $5.5 million. She bought the Australia property, which covers 187 acres, in the early 1980s. She also owns several properties in Florida. 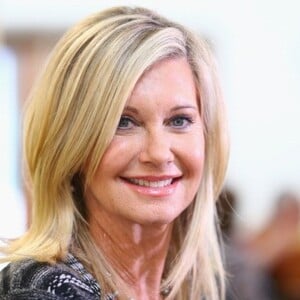