Olga Tanon net worth: Olga Tanon is a Puerto Rican singer and musician who has a net worth of $10 million dollars. Olga Tanon began her professional singing career in the early 80s, performing with the group, Las Nenas de Ringo y Jossie. She was subsequently invited to join the more established Latin group, Chantelle, and sang the lead on their smash hit song, "Aunque Tú no Quieras".

She signed to her first label as a solo artist in the early 90s, and began releasing albums. Her first two albums were moderately successful. However, her third album proved to be a smash hit, and went double Platinum. Her next album spawned three Platinum selling tracks, and she began to gain international recognition. Her track, "Basta Ya! was the #1 song on the Billboard Latin Charts for multiple weeks. She has gone on to win two Grammy Awards, three Latin Grammy Awards, and twenty-eight Premios Lo Nuestro Awards. 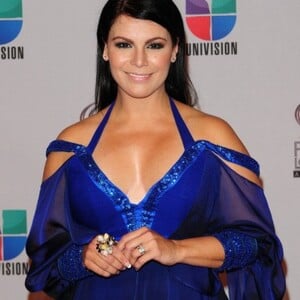