Olga Buzova net worth: Olga Buzova is a Russian television personality and singer who has a net worth of $10 million. She is best known for being the most popular Russian woman on Instagram.

Olga Buzova was born in Leningrad, Russia, SFSR in January 1986. She appeared on the television series Dom-2. Buzova has more than 19 million followers on Instagram. She was married to soccer player Dmitri Tarasov from 2012 to 2016. Olga Buzova released her debut studio album Sounds of Kisses in 2017 which was certified 3x Platinum in Russia. Her album Accept Me was released in 2018 and certified 2x Platinum in Russia. Buzova starred as Olga on the television series Bednye Iyudi in 2016. She has appeared in the films Barmen, Derzhi udar, detka!, and Zomboyashcik. Olga Buzova won a Muz-TV Music Award in 2018 for Best Runet Song for "Malo polovin". She was nominated for Muz-TV Awards for Best Female Video in 2018 and Breakthrough of the Year in 2017. 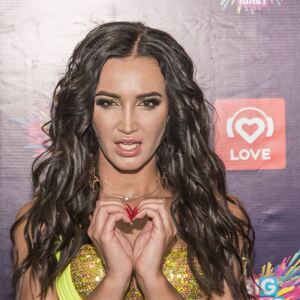