Nora Aunor net worth: is a Filipina actress, film producer, and recording artist who has a net worth of $20 million. Nora Aunor was born in Iriga City, Camarines Sur, Philippines in May 1953. She is regarded as Philippine cinema's Superstar and the People's National Artist. She has acted in several stage productions and television shows and given many concerts.

She won an amateur singing contest before she got her start in the entertainment industry. In 1967 she made her film debut in All Over the World. Aunor became well known as a Filipina actress and starred in movies such as Himala, Bona, Thy Womb, and The Flor Contemplacion Story. She won five Best Actress Awards and has been nominated for 17 FAMAS Awards. Aunor has also won seven Gawad Urian Awards, eight PMPC Star Awards, eight Metro Manila Film Festival Awards, and five Young Critics Circle Awards among others. She has been recognized numerous times by her home country and was named one of the 10 Asian Best Actresses of the Decade in 2010. Aunor has also released 25 studio albums as a singer. 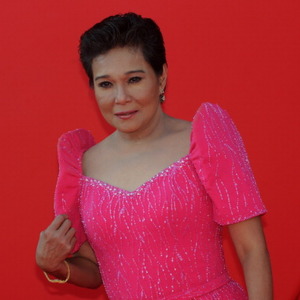