Their self-titled debut studio album was released in 1962 on Warner Bros. and hit #1 on the Billboard 200 chart. The group's 1963 albums Moving and In the Wind reached #2 and #1 respectively. Their most popular singles include "Lemon Tree", "If I Had a Hammer (The Hammer Song)", "Puff (The Magic Dragon)", "Blowin' in the Wind", "Don't Think Twice, It's All Right", "I Dig Rock and Roll Music", and "Leaving on a Jet Plane". After Mary Travers passed away Stookey continued to work as a solo singer and an activist. His best known solo song is "The Wedding Song (There is Love)" in 1971 which remains popular during wedding services. Stookey founded the Neworld Multimedia record label. 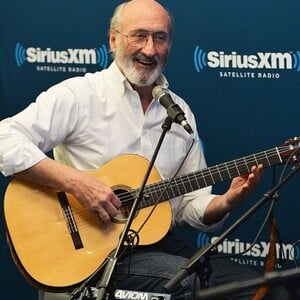