Noah Cyrus net worth: Noah Cyrus is an American actress and singer who has a net worth of $3 million. Noah Cyrus was born in Nashville, Tennessee in January 2000. She is the younger sister of Miley Cyrus and the youngest daughter of Billy Ray Cyrus. As an actress Noah Cyrus starred as Gracie Herbert on the television series Doc from 2002 to 2004.

She appeared in episodes of the TV series Hannah Montana from 2006 to 2010. Cyrus also appeared in the films Hannah Montana and Miley Cyrus: Best of Both Worlds Concert, Mostly Ghostly, and Hannah Montana: The Movie and in episodes of the TV series The Joey & Elise Show, The Hugo & Rita Show, and Take 2. As a singer her debut studio album NC-17 was released in 2018. Her single "Make Me (Cry)" (featuring Labrinth) was certified Platinum and reached #46 on the Billboard Hot 100 chart. Many of her songs including "Stay Together" and "Again" (featuring XXXTentacion) have been popular in New Zealand. Cyrus was featured on the single "All Falls Down" by Alan Walker featuring Digital Farm Animals which reached #1 in Norway and #13 on the US Dance chart. 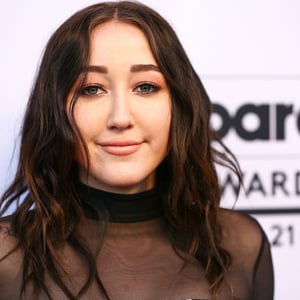