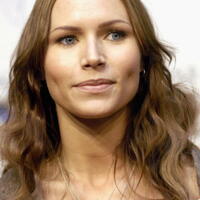 Nina Persson net worth: Nina Persson is a Swedish singer and songwriter who has a net worth of $10 million. Nina Persson was born in Orebro, Narke, Sweden in September 1974. She is best known for being the singer and lyricist of the pop band The Cardigans. The band has sold more than 10 million copies of their albums worldwide and released their debut studio album Emmerdale in 1994. Their album Life was released in 1995 and their album First Band on the Moon was released in 1996 and reached #2 in Sweden. The Cardigans' albums Gran Turismo in 1998, Long Gone Before Daylight in 2003, and Super Extra Gravity in 2005 all reached #1 in Sweden. Their most successful singles include "Lovefool", "My Favourite Game", and "Burning Down the House" (with Tom Jones). Persson released her debut solo studio album Animal Heart in 2014 which reached #2 in Sweden. As an actress she starred as Juli in the 2006 film God Willing.