Nicole Appleton Net Worth: Nicole Appleton is a Canadian television personality, singer-songwriter, and actress who has a net worth of $10 million. Nicole Appleton was born in Hamilton, Ontario, Canada in December 1974. Nicole and her older sister Natalie were part of the band All Saints. All Saints are an English-Canadian girl group who formed in 1993 but reformed in 1995 as a quartet.

The group had nine top 10 singles, five #1 singles, two multi-platinum selling albums, two gold albums, and sold more than 12 million records worldwide. The group released three albums and won two BRIT Awards, two MTV Europe Music Awards, and an Ivor Novello Award. All Saints were on hiatus from 2002 to 2005. During that time Nicole and Natalie formed the duo Appleton. The group released their debut album Everything's Eventual in 2003. Since 2007 Nicole has hosted the TV show The Hot Desk. Since 2011 she has also hosted the TV show Cover Me Canada and was a guest judge on The X Factor in 2013. In 2000 she starred in the film Honest. Nicole married Liam Gallagher of Oasis in 2008 and was formerly engaged to Robbie Williams. 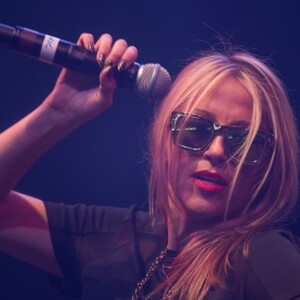