Nicola Maria Roberts was born on October 5th, 1985 in Stamford, Lincolnshire. Her musical career began when she started singing with a girl group at a local disco. She then went on to sing and perform at the Olwen Grounds School of Dance. In 2002 she auditioned for the reality televisions series and competition Popstars The Rivals which saw her finish in the final line-up of a girl group named Girls Aloud. Since the band was formed Roberts has co-written two of the group's album tracks. In 2008, she made a cameo appearance in the re-make of the "St. Trinians" film, playing the part of a schoolgirl with the other members of Girls Aloud, filmed in Spring 2007 and also in Britannia High with band mate Kimberley Walsh. She has become well known for her red hair and fair skin. In 2008 she started producing a make-up collection named Dainty Doll which after expansion enjoyed success at stores such as Harrods. In 2009 Girls Aloud embarked on their 2009 Out of Control Tour in support of the Out of Control album. In 2010 she became an advocate for the ban of underage usage for tanning bed's alongside British MP Julie Morgan, both wanting to succeed in producing a bill that stops underage tanning, and excessive tanning for adults. Her first single, Beat of My Drum is a million miles away from the Girls Aloud sound and was deemed one of the best pop singles of 2011. In 2011, she confirmed to the Daily Star newspaper that she had begun work on her second solo album. She is currently single, after splitting with long-term boyfriend Carl Egerton in December 2006. 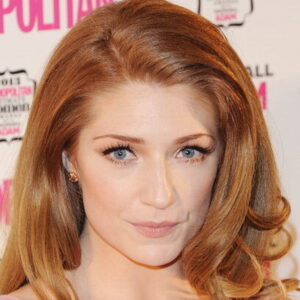