Nicky Jam net worth: Nicky Jam is an American singer-songwriter and producer who has a net worth of $6 million. He is a highly-successful musician and producer who gained international fame after singing and performing "Live It Up", the theme of the 2018 FIFA World Cup. Nicky Jam has also worked with artists including Hector & Tito, Falo, R.K.M., Ken-Y, Nejo, Tito El Bambino, Wisin, De La Ghetto, Ricky Martin, and Enrique Iglesias.

Nicky Jam was born in Boston, Massachusetts in March 1981. He is a reggaeton singer who released his debut solo album "Distinto A Los Demas "in 1994. Nicky Jam has worked with Daddy Yankee among many other popular artists during his career. The two perform as a duo called Los Cangris. 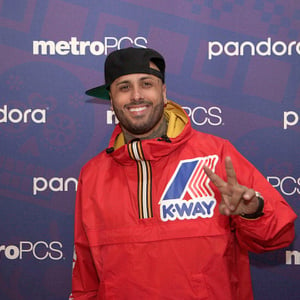