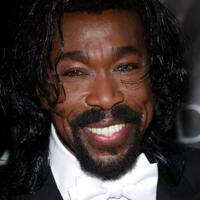 Nick Ashford net worth: Nick Ashford was an American R&B singer and songwriter who had a net worth of $6 million. Nick Ashford was born in Fairfield, South Carolina in May 1941 and passed away in August 2011. He was best known for forming the musical partnership Ashford & Simpson with his wife Valerie Simpson. Ashford was homeless when he met Simpson and the two began writing songs and sold their first batch for only $64. The duo released their debut studio album Gimme Something Real in 1973. Their 1978 album Is It Still Good to Ya reached #1 on the US R&B chart. Ashford & Simpson had #1 singles on the US R&B chart with the songs "Stuff Like That" (with Quincy Jones & Chaka Khan) and "Solid". Their singles "Found a Cure", "Nobody Knows", and "Stay Free" all reached #1 on the US Dance chart in 1979. They also wrote several songs for other artists including the #1 US R&B hit "Let's Go Get Stoned" by Ray Charles. Ashford & Simpson were inducted into the Songwriters Hall of Fame in 2002. Ashford also appeared in the film New Jack City in 1991. Nick Ashford passed away on August 22, 2011 at 70 years old.