Niall Horan net worth: Niall Horan is an Irish singer who has a net worth of $70 million dollars. He is best known for being a member of the popular band One Direction and also has a successful solo career.

Early Life: Born in Mullingar, County Westmeath Ireland on September 13, 1993, Niall Horan attended Coláiste Mhuire, a Christian school, where he performed with the school's choir. His parents, Bobby Horan and Maura Gallagher, split when he was five years old. After spending a year living with their mother, Niall and his brother decided to move in with their father. He began playing the guitar while he was in elementary school, and performed with various groups as a young teen, including serving as musical support for Lloyd Daniels. Horan attended St. Kenny's National School and taught himself to play guitar at age 11 by following YouTube tutorials. His aunt discovered his talent when she was in a car with him and he began singing–she originally thought the radio was on. As a teenager, Horan performed at the Mullingar Arts Centre during a fundraiser for the local football team The Shamrocks.

One Direction: In 2010, when he was 16, Horan competed in the seventh season of "The X-Factor" in London, as a solo artist, but was subsequently invited to compete as part of a group created by the show called One Direction. Following "The X Factor," One Direction was signed by Simon Cowell to a 2 million dollar Syco record contract. They began recording their debut album in Los Angeles in January 2011. The next month, a book licensed by the band "One Direction: Forever Young (Our Official X Factor Story)" was released and topped the Sunday Times Best Seller list.

Later that month, the band participated in the X Factor Live Tour. The tour concluded in April and the band continued to record their debut album in London. Their first single, "What Makes You Beautiful", was released in September 2011 and was a global commercial success, with the song reaching No. 1 in several countries. Their singles "Gotta Be You" and "One Thing" became top ten hits immediately in the UK. In November 2011, One Direction released their first album, "Up All Night." It reached No. 1 on the charts in Ireland and the U.K. In March 2012, the band became the first U.K. group to have their debut album reach number one on the charts in the United States. They embarked on their first headlining concert tour to promote the album. Tickets sold out in minutes and the tour was met with positive reviews from critics.

In November 2012, One Direction released their second album, "Take Me Home." It was another complete success and the group became the first boy band in US chart history to record two No. 1 albums in the same calendar year. They headlined a tour and played over 120 shows across four continents. "Midnight Memories", the band's third album, was released in November 2013. It was the best selling album worldwide in 2013 with four million copies sold across the globe. The group embarked on their first all-stadium tour and tickets again sold out in minutes. The band averaged around 50,000 fans per show. The tour was the highest-grossing tour of 2014, raking in over $290 million. The band released their fourth album, "Four", in November 2014. In November 2015, they released their fifth album, "Made in the A.M." Leading singles included "Drag Me Down" and "Perfect." The album again reached No. 1 in multiple countries. 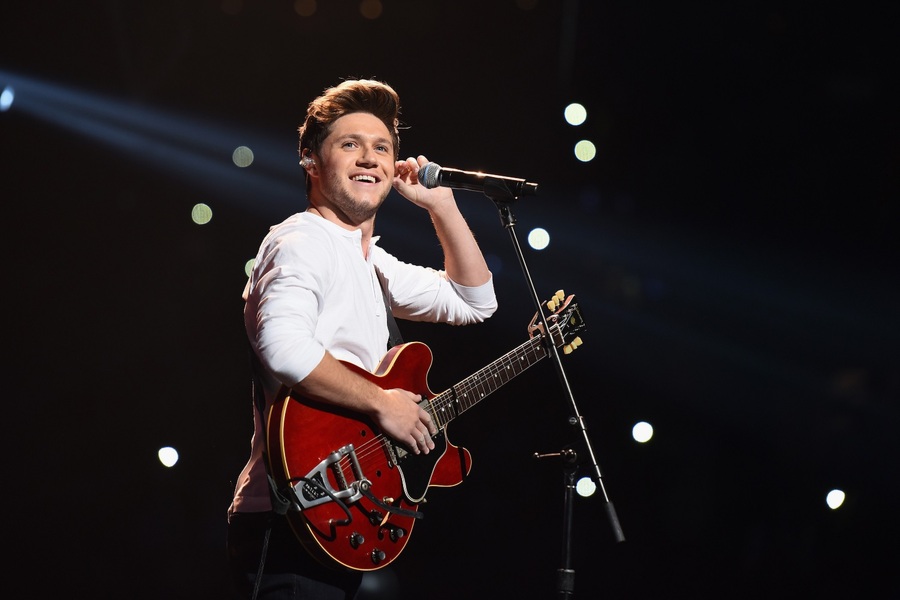 One Direction went on to become one of the most popular acts to ever be produced by a reality series. Since forming in 2010, the group has sold more than 20 million albums worldwide. Between June 2013 and June 2014, the group generated $75 million in revenue. Between June 2014 and 2015, the group generated $130 million in revenue. Their "Where We Are" Tour generated $282 million, which is the second highest gross for a vocal group in history. Their band is owned by a corporation called 1D Media that was formed in 2010 and is owned equally by the five members. Band member Zayn Malik departed the group in 2015. The band went on hiatus in January 2016 and each member has subsequently pursued solo careers that have been surprisingly successful. All five members of One Direction have released solo songs that have charted in the Top 40 in the United States. They are one of the few examples of a group act where the individual artists found success outside of the group.

Solo Career: Niall was signed to a solo deal with Capitol Records in September 2016. That same month, he released his first debut solo single, "This Town." It peaked at No. 9 on the UK Singles Chart. He released his second solo single, "Slow Hands," on May 4, 2017. His solo album "Flicker" was released in October 2017 and debuted at the top of the Billboard 200 and reached No. 1 in Ireland and the Netherlands.  In 2018, Horan went on a tour in support of the album. Niall's second solo album, "Heartbreak Weather" was released on March 12, 2020 to positive reviews and debuted at No. 4 on the US Billboard 200 and No. 1 on the UK Albums Chart. Horan canceled his tour in support of the album due to the COVID-19 pandemic.

Horan teamed up with Golf Digest to raise money for the REACH military families. He and golfer Justin Rose created the "Horan and Rose Gala", a charity event that aids Cancer Research UK Kids and Teens. Horan also joined Soccer Aid 2016 in a celebrity lineup fundraiser for UNICEF. In 2017, Horan received an Arnie Award for his philanthropic work. 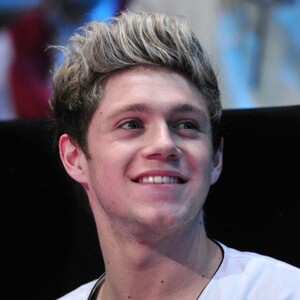