Neyla Pekarek net worth: Neyla Pekarek is an American cellist and vocalist who has a net worth of $5 million. Neyla Pekarek was born in Denver, Colorado. She is best known for being a part of the folk rock band The Lumineers. Pekarek joined the group in 2010 after answering a Craigslist ad. She was planning on becoming a teacher before she answered the ad. Pekarek is a classically trained cellist who also plays bass and percussion. The Lumineers released their self-titled EP in 2011 and the EP Winter in 2012. Their self-titled debut studio album was released in 2012 on Dualtone records and reached #2 in the United States and Canada. The band is best known for their hit single "Ho Hey" which reached #1 on the US Alternative and US Rock charts and well as reached #2 in Canada and New Zealand, and #3 in the US and Australia. The band has been nominated for two Grammy Awards and three Billboard Music Awards. 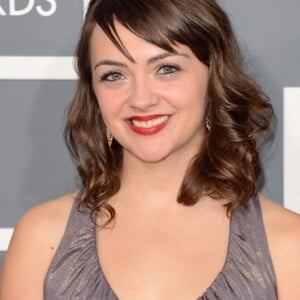