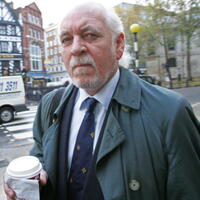 Gary Brooker net worth: Gary Brooker is an English singer, songwriter, and musician who has a net worth of $10 million. Gary Brooker was born in Hackney, East London in May 1945. He is best known for being the founder and lead singer of the rock band Procol Harum. In 1962 he formed the band The Paramounts with his friend Robin Trower. The band played many shows with The Rolling Stones. Brooker founded Procol Harum in 1966 with his friend Keith Reid. The band released their self-titled debut studio album in 1967 and would release a total of 12 studio albums. Their biggest hit is 1967's "A Whiter Shade of Pale" which is one of the few singles that has ever sold more than 10 million copies. Procol Harum was nominated for induction into the Rock and Roll Hall of Fame in 2012. In 2003 Brooker was appointed Member of the Order of the British Empire during the Queen's Birthday Honours for his charitable services. As a solo artist Brooker released the albums No More Fear of Flying in 1979, Lead Me to the Water in 1982, and Echoes in the Night in 1985.