Nena Net Worth: Nena is a German singer, actress, and comedienne who has a net worth of $15 million. Nena was born in Hagen, North Rhine-Westphalia, West Germany in March 1960. She is best known for her New German Wave song "99 Luftballons" in 1983 which was re-recorded as "99 Red Balloons" in English in 1984 with the band Nena. Nena was a member of the band The Stripes who had a minor hit. Nena and her boyfriend formed the band Nena and released their first single in 1982. The single "Nur Gertraumt" became a hit in Germany after the band appeared on a German television show. The next day the band sold more than 40,000 copies of the single. The band's self-titled debut studio album was released in 1983. The single "99 Luftballons" hit #1 in Germany, Austria, and Switzerland and #2 in the United States. The English version "99 Red Balloons" hit #1 in the UK. The band Nena released four albums and Nena released 11 solo albums. She also would release eight children's albums. She had a leading role in the 1982 film Hangin' Out and has done voice acting work. Nena co-founded the school Neue Schule Hamburg in 2007. 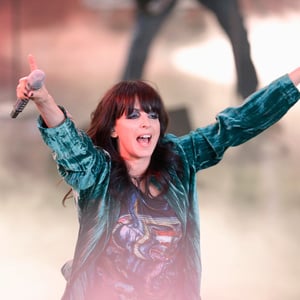