What is Nelly Furtado's Net Worth?

Nelly Furtado is a Canadian singer, songwriter, and actress who has a net worth of $40 million. Furtado is one of the most successful Canadian singers of all time, and she arrived on the scene with a bang after releasing her debut album at the turn of the 21st century. Nelly has sold tens of millions of records over the course of her career, and she has also won a number of awards, including a Grammy Award, a Latin Grammy Award, a BRIT Award, a Billboard Music Award, ten Junos, and many others. Her musical style is quite varied, and she has experimented with Latin folk, trip hop, pop, and hip-hop.

Nelly Kim Furtado was born on December 2nd of 1978 in Victoria, British Columbia. Victoria is the capital city of the Canadian province of British Columbia, and it is located on Vancouver Island. Both of Nelly's parents were born in Portugal and emigrated to Canada during the 1960s. Her parents named her after a Soviet gymnast named Nellie Kim. Raised in a Roman Catholic household alongside two siblings, Nelly began singing at the age of four.

She started performing not long afterwards, singing in a duet alongside her mother at her local church on Portugal Day. At the age of nine, Furtado began to learn how to play musical instruments, starting with the trombone and ukulele. As the years went by, she shifted towards the guitar and keyboards. When she was young, she worked as a chambermaid alongside her mother, who was a housekeeper.

Nelly's career began during a trip to Toronto, a city which has proven to be a major source of inspiration over the years. During the trip during the mid-1990s, she contributed to a track by the hip hop group Plains of Fascination. After she returned home to British Columbia and finished high school, Nelly immediately returned to Toronto in order to continue her music career. One year later, she formed one half of the trip hop duo Newkirk but became disillusioned with the music world and planned to return home.

However, she performed at the Honey Jam talent show in 1997 before she planned to leave, and this drew the attention of singer Gerald Eaton. Furtado then collaborated with him and Brian West to record her first demo tape. She followed through on her promise to leave Toronto, but her demo tape went on a journey of its own to various record companies. In 1999, she successfully signed a deal with Dreamworks Records.

Although she released "Party's Just Begun (Again)," a track that appeared on the soundtrack for the film "Brokedown Palace" in 1999, her big break came in 2000. This was the year that she released her debut album "Whoa, Nelly!," which propelled Furtado to international stardom. Tracks like "I'm Like a Bird" and "Turn Off the Light" ensured the album's success, and critics praised Nelly for her work. 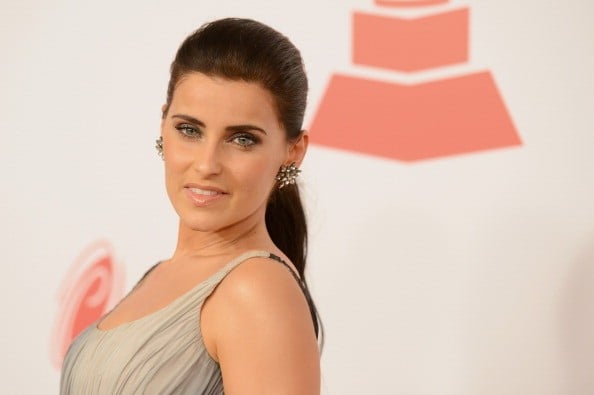 During the next few years, Furtado collaborated with a range of different artists and toured across the world. In 2003, she released "Folklore," her second album. This time, Nelly focused heavily on her Portuguese heritage, and her music featured a much less "poppy" sound. Although her single "Forca" became the official anthem of the Euro Cup in 2004, the album didn't reach the same level of commercial success as "Woah, Nelly!"

In 2006, Nelly bounced back with "Loose," her third and most successful album. Produced by Timbaland, the album contained massive hits such as "Promiscuous," "Maneater," and "Say It Right." Many of these tracks reached top spots on the charts. She followed up in 2007 by featuring on Timbaland's track "Give It to Me" alongside Justin Timberlake. In 2009, Furtado released a Spanish-language album called Mi Plan, which earned her a Latin Grammy Award.

During the 2010s, Nelly collaborated with Alex Cuba for the track "Is Anybody Out There" before releasing another album entitled "The Spirit Indestructible." In 2017, Furtado released "The Ride," her sixth studio album.

In April 2022 Nelly reportedly reached a deal to sell her music catalog rights to Hipgnosis Song Management. The deal value was not revealed but was speculated to be in the $50 million range.

Nelly Furtado is a mezzo-soprano. Some observers have described her voice as "nasally," which may be due to Portuguese language influences. While growing up, Furtado was influenced by a wide range of musical genres and listened to artists such as Madonna, Blondie, Prince, Bjork, The Smashing Pumpkins, Radiohead, and Beck (to name but a few). In turn, Nelly has proven to be an inspiration for newer artists such as Dua lipa, Lorde, and Gia Woods.

In 2001, Nelly Furtado started dating Jasper Gahunia, who had been a close friend for many years prior to their relationship. In 2003, Nelly gave birth to her daughter, and in 2005 the couple broke up. Furtado later revealed that she remained on good terms with her daughter's father, and that they shared joint custody of their child. In 2008, Nelly married Demacio Castellon, an engineer. In 2017, Furtado announced that she had separated from her husband.

Nelly once caused quite the stir when she admitted to being attracted to women, but she later clarified that she was straight – but still "open-minded." In 2006, Furtado revealed that she once turned down $500,000 to pose fully-clothed for "Playboy" Magazine.

Nelly Furtado once hosted a show about AIDS on MTV in an effort to spread awareness about the disease. In 2011, she announced that she was donating $1 million to Free the Children (which is now known as WE Charity). Her money went towards building girls' schools in Kenya. 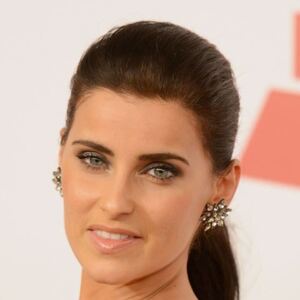