Neil Hannon net worth: Neil Hannon is a Northern Irish singer and songwriter who has a net worth of $10 million. Neil Hannon was born in Derry, Northern Ireland in November 1970. He is best known for being the creator and front man of the group The Divine Comedy. The band formed in 1989 and has had many members with Hannon remaining the only constant member.

The Divine Comedy's debut studio album Fanfare for the Comic Muse was released in 1990. They released the albums Liberation in 1993, Promenade in 1994, Casanova in 1996, and A Short Album About Love in 1997. The band's album Fin de Siècle was released in 1998 and reached #9 in the UK. They released the album Regeneration in 2001 and Absent Friends in 2004 which reached #6 in in Ireland. The Divine Comedy released the albums Victory for the Comic Muse in 2006 and Bang Goes the Knighthood in 2010. Their album Foreverland was released in 2016 and reached #3 in Ireland and #7 in the UK. The group has had success with the singles "Something for the Weekend", "I've Been to a Marvellous Party", "Generation Sex", "National Express", "The Pop Singer's Fear of the Pollen Count", "Gin Soaked Boy", "Diva Lady", and "To Die a Virgin". 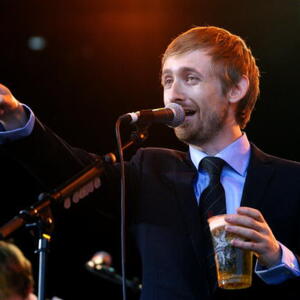