Neil Buchanan net worth: Neil Buchanan is an English television personality and musician who has a net worth of $10 million. He first became famous in the 1970s as a member of the heavy metal band "Marseille". He then became widely-known for hosting the children's program "Art Attack" from 1990 to 2007. He also co-created the show.

In 1976 he formed a heavy metal band called Marseille. The band went on to release four albums and toured the world alongside bands like Whitesnake and Judas Priest.

In the 1980s he pivoted to a career as a television presenter. From 1984 to 1986 he appeared on the TV series "Do It", followed by appearances on the show "No 73" from 1985 to 1986. In 1990 Neil Buchanan co-created the children's show "Art Attack" which still runs to this day. He hosted the show himself from 1990 to 2007. While on the show Neil was known for creating elaborate, large-scale public artworks. For example, a drawing of a snail carved into an enormous field by a single lawnmower. In 2000, the rights to the show were acquired by Britt Allcroft for 14 million pounds.

Banksy? In September 2020 a social media rumor posited the theory that Neil Buchanan was the famously anonymous artists "Banksy". Buchanan denied the rumors. 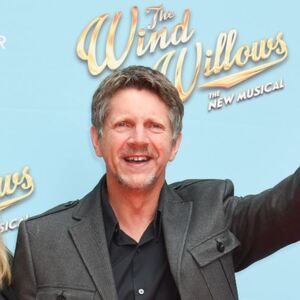