Neal McCoy net worth: Neal McCoy is an American country music singer who has a net worth of $10 million. Neal McCoy was born in Jacksonville, Texas in July 1958. His debut studio album At This Moment was released on Atlantic Records in 1990. McCoy's second album Where Forever Begins was released in 1992 and his third album No Doubt About it reached #1 on the Canadian country and #2 on the US Heatseekers charts and was Platinum in the US and Gold in Canada. McCoy also released the albums You Gotta Love That in 1995, Neal McCoy in 1996, Be Good at It in 1997, The Life of the Party in 1999, 24-7-365 in 2000, That's Life in 2005, XII in 2012, and Pride: A Tribute to Charley Pride in 2013. McCoy had #1 hits on the US and Canadian Country charts with the singles "No Doubt About It" and "Wink". He also had success with the singles "The City Put the Country Back in Me", "For a Change", "They're Playin' Our Song", "If I Was a Drinkin' Man", "You Gotta Love That", "Then You Can Tell Me Goodbye", "The Shake", and "If You Can't Be Good (Be Good at It)". 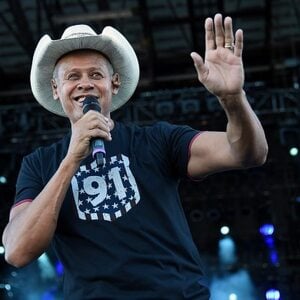