Naughty Boy net worth: Naughty Boy is an English DJ, musician, record producer, and songwriter who has a net worth of $3 million. Naughty Boy was born in Watford, England in January 1985. He runs his production company Naughty Boy Recordings. Naughty Boy released his debut studio album Hotel Cabana in 2013.

The album reached #2 in the UK and #8 in Switzerland. The album featured the hit single "La La La" (featuring Sam Smith" which reached #1 in the UK and Italy and the Top 10 in Australia, Denmark, France, Germany, Ireland, the Netherlands, Spain, and Switzerland. As a producer he has produced two Top 10 albums for the UK rappers Chipmunk and Wiley. He formed a writing and production partnership with Emeli Sande and co-wrote and produced her debut album Out Version of Events in 2012. Naughty Boy has also worked with artists such as Leona Lewis, Cheryl Cole, JLS, Alesha Dixon, Jennifer Hudson, and Tinie Tempah. In 2015 Naughty Boy was working with former One Direction member Zayn Malik. 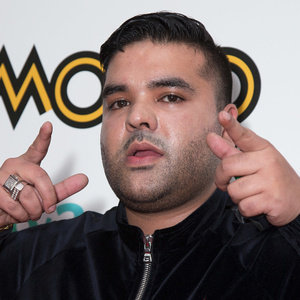