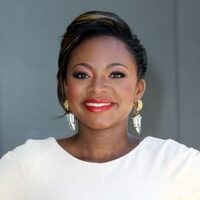 Naturi Naughton net worth: Naturi Naughton is an American singer-songwriter, rap artist, and actress who has a net worth of $800 thousand dollars. Naturi Naughton was born in East Orange, New Jersey, and first began perfecting her vocal skills in church when she was in kindergarten. She went on to perform at various events through her teens and was subsequently discovered at age 15. She became a household name when she began performing as part of the R&B group, 3LW. The trio released their first album in 2000, and it went Platinum. They began working on a second album in 2002 after extensive touring. However, problems within the group ultimately led to their being dropped from their label and their break up. Naturi Naughton then went on to focus on an acting career. She has since appeared in the Broadway production of "Hairspray", and in guest starring and co-starring roles in such projects as "Mad Men", "Lottery Ticket", "Four to the Floor", "The Playboy Club", "It's Always Sunny in Philadelphia", "The Client List", "Let's Stay Together", and "Power".