What is Natalie Maines' net worth?

Natalie Maines is an American singer/songwriter who has a net worth of $40 million. Natalie Maines earned fortune and fame as a member of the country music group, The Dixie Chicks. Natalie and the Dixie Chicks attracted a wave of controversy in 2003 thanks to some comments made by Natalie at a concert in England. Shortly after the United States' invasion of Iraq, Maines proclaimed at a concert in London, "Just so you know, we're on the good side with y'all. We do not want this war, this violence, and we're ashamed that the President of the United States is from Texas." This statement was considered highly inflammatory and led to many boycotts of The Dixie Chicks on the part of their largely conservative country music audience. The Dixie Chicks persevered, however, continuing to release music and tour thanks to a devoted audience.

Natalie Louise Maines was born in Lubbock, Texas on October 14, 1974. Her father Lloyd Maines was a country musician and her mother Tina May Maines was a producer. Natalie attended Nat Williams Elementary School, in Lubbock. Her second grade teacher would later recall being told by a young Natalie during a math lesson, "Teacher, I don't need to learn this stuff—I'm gonna be a star."

Maines was e a cheerleader while she attended O. L. Slaton Junior High School. She also participated in the school choir. She graduated from Lubbock High School in 1992.

Maines once described growing up in a conservative place like Texas, as something she "rebelled against… My parents sent me and my sister to public minority schools, so I always felt like a hippie and a rebel. … As a teenager I always loved not thinking in the way I knew the majority of people thought. I always stood up for minorities… I've always stood up for homosexuals. I just always had these really strong convictions about doing so."

Natalie Maines' first foray into the professional music world was as background singer on Pat Green's debut album "Dancehall Dreamer", which was actually produced by her father, and released in 1995. At that end of that same year, at age 21, Maines joined an all-female country music band, called the Dixie Chicks. At the time, the Dixie Chicks had been together since 1989, but the band was unsuccessful commercially up to that point. Maines replaced Laura Lynch, who was actually the band's founder and lead singer, to join Martie Maguire and Emily Robison.

Maines co-wrote the band's song "Without You", on the album "Fly" which became a Billboard Hot Country Singles & Tracks #1 hit.

Maines became a primary songwriter on the band's 2006 album "Taking the Long Way", which would peak on the Billboard 200 chart at #1. The album also featured the Billboard Hot 100 single "Not Ready to Make Nice", which hit #4 on the charts and put the band on the commercial map. The band would go on to win a songwriting Grammy Award, for Song of the Year.

Maines would recall later that songwriting work she did for "Taking the Long Way" as "pure therapy", which served as an antidote of sorts in the wake of a significant amount of controversy that ensued over a political comment Maines made from the stage at a London concert during which she criticized then U.S. President George W. Bush.

On May 7, 2013, Maines released a solo album, called "Mother", which marked Maines's first album since a Dixie Chicks hiatus, a hiatus that started in 2007. Maines' album was co-produced by frequent collaborator Ben Harper. Maines recorded covers for several well-known songs on the album, including Pink Floyd's "Mother", Eddie Vedder's "Without You" and Jeff Buckley's "Lover, You Should've Come Over". Maines's solo effort featured themes of motherhood, feminism, and enduring through painful relationships. 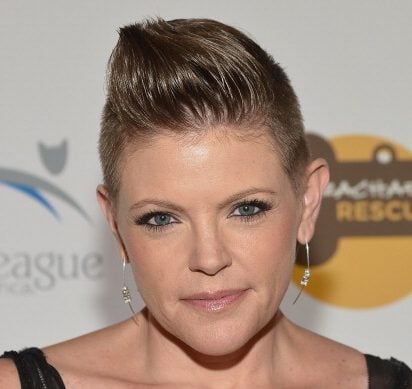 Maines married actor Adrian Pasdar on June 24, 2000 in Las Vegas. The two would go on to have sons, Jackson Slade Pasdar and Beckett Finn Pasdar. The family was known to split their time between homes in Los Angeles, Austin, and New York City. Maines filed for divorce from Pasdar in 2017, again citing irreconcilable differences. During their divorce proceedings, Adrian at one point contested the couples' prenup. He also reportedly pleaded poverty despite court filings that showed he had earned $400,000 in 2018. The divorce was finalized in 2019.

In 2007 Natalie and Adrian paid $5.6 million for a home in LA's Brentwood neighborhood.