What Is Natalie Imbruglia's Net Worth?

Natalie Imbruglia was born Natalie Jane Imbruglia on February 4, 1975, in Sydney, Australia. She grew up with mother Maxene, father Elliot, and three sisters in Berkeley Vale, New South Wales. Natalie studied at Mater Dei College, and when she was 15, her family returned to Sydney, where she took lessons in ballet, tap, and Highland dancing. As a teenager, she starred in Australian commercials for Coca-Cola and Twisties (a cheese curl snack), and she dropped out of high school at age 16 to pursue an acting career.

In 1992, Imbruglia began playing Beth Brennan on "Neighbours," and she left in 1994 to move to London. There, she met her future manager, Anne Barret, who convinced Natalie to record a demo. Imbruglia's demo of the Ednaswap song "Torn" landed her a record deal with BMG, and when she recorded the song for her 1997 debut album, "Left of the Middle," it became her first single. "Torn" was certified Platinum or higher in Australia, the U.K., and Sweden, and it became the decade's most played song in the U.K. In 2009, it was reported that "Torn" was the most frequently played song on Australian radio since the early '90s, with more than 300,000 plays. Natalie released "Left of the Middle" on November 24, 1997, and in Australia, it reached #1 and went 5x Platinum. The album went 3× Platinum in the U.K. and Canada and 2x Platinum in the U.S., and the single "Big Mistake" cracked the top 10 in Australia and the U.K. Imbruglia followed her massively successful debut with 2001's "White Lilies Island," which reached #2 in Australia and went Gold in Australia and the U.K. The album featured the singles "That Day," "Wrong Impression," and "Beauty on the Fire," and "That Day" reached #10 on the Australian charts. 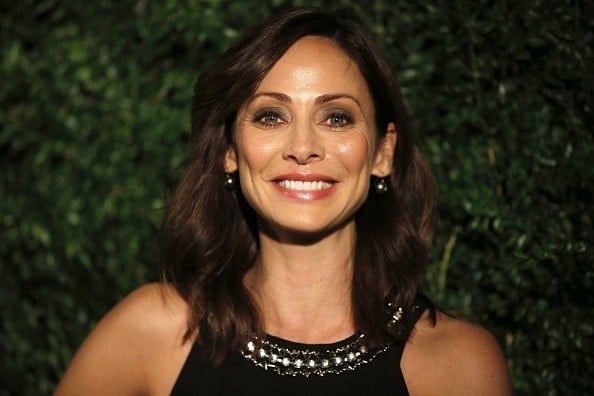 Natalie's third album, 2005's "Counting Down the Days," reached #1 in the U.K., and the single "Shiver" was a top 10 hit in the U.K. and Italy. She released the 2007 EP "Live from London," followed by the 2009 album "Come to Life," which only sold 750 copies in Australia during its first week of release. Plans to release the album in the U.S. were cancelled, but it eventually became available for download on Amazon Music. Imbruglia then took a six-year hiatus and decided to focus on acting instead of music. She moved to Los Angeles and worked with acting coach Ivana Chubbuck, and she appeared in 2009's "Closed for Winter," 2013's "Underdogs," and 2014's "Among Ravens." In 2014, she starred in a U.K. stage production of "Things We Do For Love." After returning to music, Natalie released the album "Male" in 2015, and it reached #25 in Australia. She released her sixth album, "Firebird," in 2021, and it reached #10 in the U.K. and featured the singles "Build It Better," "Maybe It's Great" and "On My Way." In 2022, Imbruglia competed on "The Masked Singer" as "Panda," and after her win, she released her cover of One Direction's "Story of My Life" (which she performed in the finals) as a single.

In the late '90s, Natalie dated "Friends" star David Schwimmer, and she became engaged to Silverchair frontman Daniel Johns in December 2002. Imbruglia and Johns married on December 31, 2003, in Queensland, Australia, and they divorced in 2008 because they had "simply grown apart through not being able to spend enough time together." Daniel produced Natalie's album "Counting Down the Days" and wrote the track "Satisfied," and he co-wrote the "Come to Life" track "Want." Imbruglia has been a naturalized British citizen since 2013. In October 2019, she announced that she had welcomed a son, Max Valentine Imbruglia, who was conceived through IVF and an unnamed sperm donor. Natalie has served as an ambassador for the charity Virgin Unite, and she has supported the Fashion Targets Breast Cancer campaign.

In 1999, Natalie was nominated for three Grammys: Best New Artist, Best Female Pop Vocal Performance for "Torn," and Best Pop Album for "Left Of The Middle." She won an MTV Video Music Award for Best New Artist in a Video for "Torn," which was also nominated for Best Female Video and Viewer's Choice. "Torn" also earned Imbruglia an MTV Europe Music Award for Best Song, ARIA Music Awards for Single of the Year and Breakthrough Artist – Single, and a "Billboard" Music Award for Top Adult Top 40 Track. In 1999, she won "NME" Awards for Most Desirable Person and Top Pop Personality You'd Most Like as Your Doctor and Brit Awards for International Newcomer and International Female Solo Artist. Natalie received the International Award at the 2002 Silver Clef Awards, and "Shiver" was named Most Performed Track at the 2005 PPL Awards. Imbruglia has won eight ARIA Music Awards, including Best Female Artist, Best New Talent, Breakthrough Artist – Album, and Best Pop Release for "Left of the Middle" and Best Female Artist for "White Lilies Island." In 2009, she earned a Best Actress nomination for "Closed for Winter" at the Asian First Film Festival.

In 2002, Imbruglia paid $2.14 million for a 5,434 square foot home on the Sunset Strip in Los Angeles. She put the five-bedroom, six-bathroom home on the market for $4.5 million in April 2007, and it sold for $3.725 million in February 2008. At the time of the sale, Natalie also owned property in Sydney and Newcastle, Australia, as well as Windsor, England.