What was Natalie Cole's net worth?

Natalie Cole was an American singer, songwriter and performer who had a net worth of $5 million at the time of her death in 2015. Natalie Cole is probably best-known as an R&B artist with hits like "This Will Be (An Everlasting Love)", "Inseparable" and "Our Love".

Natalie is one of the more high-profile celebrities who declared bankruptcy at what many people assumed was the peak of her career. Natalie Cole filed for bankruptcy in 1997 citing her out-of-control spending habits and the fact that she owed millions in royalties to her father's estate for their duet album.

Natalie was born on February 6, 1950 in Los Angeles, California at Cedars of Lebanon Hospital. She is the daughter of the late jazz legend Nat King Cole. Her mother Maria Cole was a former Duke Ellington Orchestra singer. Natalie sang on her father's Christmas album at the age of six and started performing solo at age 11. She attended Northfield School for Girls in New England before her father died of lung cancer in February 1965. She was 15 years old when her father died.

She then began experiencing a strained relationship with her mother and enrolled in the University of Massachusetts Amherst where she graduated in 1972 with a major in Child Psychology and a minor in German.

After she graduated, Cole began singing at small clubs with her band Black Magic. Clubs initially welcomed her with open arms because of her relation to Nat King Cole, but club owners were often disappointed when she sang cover versions of R&B and rock songs. She got together with Chuck Jackson and Marvin Yancy, a songwriting and producing duo, and recorded some songs in a Chicago studio owned by Curtis Mayfield. Her demo tapes led to a recording contract with Capitol Records and resulted in the release of her first album, "Inseparable," that included the hit song "This Will Be" and "I Can't Say No." The album was an instant success and "This Will Be" became a top ten hit and won Cole a Grammy Award for Best Female R&B Vocal Performance. Cole also picked up Best New Artist at the Grammy Awards, making her the first African-American artist to obtain the honor. The media instantly took to calling Cole the "new Aretha Franklin", which provoked a rivalry between the two singers. The feud boiled over when Cole beat Franklin at the Grammys in the same category Franklin had won eight times before losing to Cole.

Cole's second album "Natalie" became another instant gold success thanks to the singles "Sophisticated Lady" and "Mr. Melody." She released her first platinum record with her third release, "Unpredictable," thanks to the number one hit single "I've Got Love on My Mind." Her fourth album, "Thankful," also went platinum and included another signature hit "Our Love." Her first live album, "Natalie Live!" came out in 1979. That same year, she was awarded a star on the Hollywood Walk of Fame and released two more albums, "I Love You So" and "We're the Best of Friends." Both albums reached gold status in the United States, further cementing Cole's success and continuing popularity. With the release of her eighth album "Don't Look Back," her career began to slide. 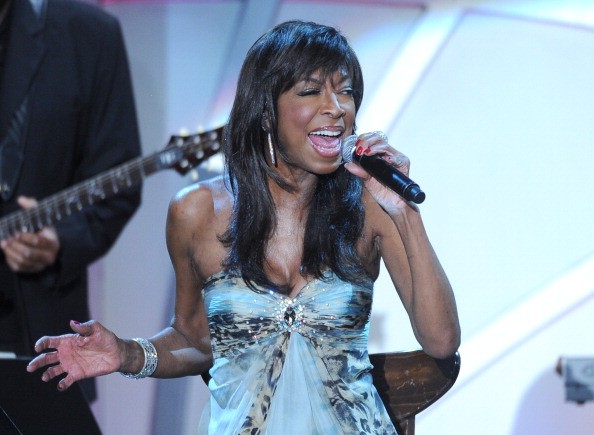 Cole suffered from a drug addiction problem in the 1980s that nearly ruined her career. Following the release of "I'm Ready" in 1983, Cole entered a rehab facility for six months. She made a comeback as a pop artist with the 1987 album, Everlasting. Cole's biggest success came in the 1990s after she re-recorded and released some of her father's greatest and most iconic hits. "Unforgettable…with Love" sold over seven million copies. She then released an interactive duet between her and her father on the title song "Unforgettable."

Cole has several jazz CDs to her credit including "Take A Look," which won the 1993 Grammy for Best Jazz Vocal Performance. Her CD Stardust featured a second duet with a Nat "King" Cole recording on "When I Fall in Love". It was a huge success and won the 1996 Grammy for Best Pop Collaboration with Vocals. Later in 1997 Natalie appeared on the pop singles charts with "A Smile Like Yours". She recorded and released her first holiday album titled Holly and Ivy, in 1994 which was certified gold in 1996. She performed at the 1998 Nelson Mandela 70th Birthday Tribute, and in 1990 she performed alongside Al Jarreau on HBO's Comic Relief special. In 2002, she changed to Verve Records and released two albums, "Ask a Woman Who Knows," and "Leavin'" in 2006.

As an actress, Natalie portrayed herself in "Livin' for Love: the Natalie Cole Story", in 2001. Her outstanding performance won her the NAACP Image Award for Outstanding Actress in a Television, Mini-Series or Dramatic Special. Cole appeared on the reality television series, "Real Housewives of New York City" on July 22, 2011.

Natalie was married three times, first to Marvin Yancy, a former member of the '70s R&B group The Independents. They had a son, Robert Adam Robbie Yancy, who was born in 1977 and died of a heart attack at age 39, in August 2017. He was a musician who toured with Cole. In 1989, Cole married producer Andre Fischer and they were divorced in 1995. In 2001, Cole married Bishop Kenneth Dupree. They split in 2004.

Cole had ongoing health problems during her life attributed to hepatitis C, which she contracted through intravenous drug use. Four months after she began treatment for hepatitis C, Cole experienced kidney failure and required dialysis several times a month. She canceled several events in December 2015 due to illness. Natalie Cole died on December 31, 2015 at the age of 65. The cause of death, according to her publicist Maureen O'Connor, was congestive heart failure. Her funeral was held on January 11, 2016 at the West Angeles Church of God in Christ in Los Angeles. Among the mourners at the funeral were Stevie Wonder, Smokey Robinson, Lionel Richie, Chaka Khan, Gladys Knight, Jesse Jackson, Angela Bassett, and many more big names from the entertainment industry. Cole was buried at the Forest Lawn Memorial Park in Glendale, California. 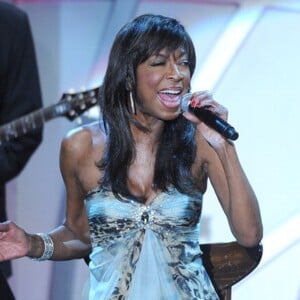