Nat Wolff net worth: Nat Wolff is an American actor, singer-songwriter, composer, and musician who has a net worth of $3 million dollars. Nat Wolff was born in Los Angeles, California, and grew up in New York City. He began to teach himself how to play the piano when he was four years old, and was writing his own songs by age five.

He started his first band in elementary school. He first rose to national recognition in the film, "The Naked Brothers Band: The Movie". The film won numerous honors at film festivals, and was eventually purchased by Nickelodeon, who turned it into a series. In addition to appearing on the show, Nat Wolff also wrote music and lyrics for the series. His song, "Crazy Car", written when he was six, reached #23 on the Billboard Hot 200. In addition to his work on "The Naked Brothers Band", he has also appeared in such projects as "New Year's Eve", "Peace, Love, and Misunderstanding", "Stuck in Love", "Admission", "Palo Alto", and "The Fault in Our Stars". 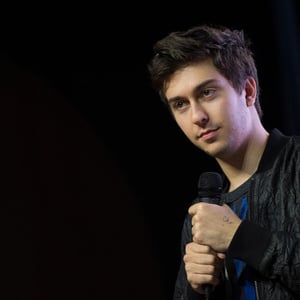