Nat King Cole net worth: Nat King Cole was an American singer and pianist who had a net worth equal to $27 million after adjusting for inflation at the time of his death in 1965. Technically, at the time of his death, Nat King Cole had a net worth of $3.5 million. Unfortunately, due to poor estate planning, after estate taxes and various other costs, his family (including 15 year old daughter Natalie Cole) ended up receiving $1 million (equal to $7 million in today's dollars).

Nat King Cole was born in Montgomery, Alabama in March 1919 and passed away in February 1965. His musical genres included vocal jazz, swing, and traditional pop. Cole hosted the television series The Nat King Cole Show, and became one of the first African Americans to do so. He released 28 albums starting with his debut The King Cole Trio in 1945. Some of his more popular songs include "Straighten Up and Fly Right", "(Get Your Kicks on) Route 66", "The Christmas Song", "Nature Boy", "Mona Lisa", "Too Young", and "Unforgettable". Cole appeared in many films including Citizen Kane, Kiss Me Deadly, The Scarlet Hour, St. Louis Blues, and more. His single "Unforgettable" won seven Grammy Awards and Cole received a Grammy Lifetime Achievement Award in 1990. In 2000 he was inducted into the Rock and Roll Hall of Fame. Nat King Cole passed away on February 15, 1965 at 45 years old from lung cancer. 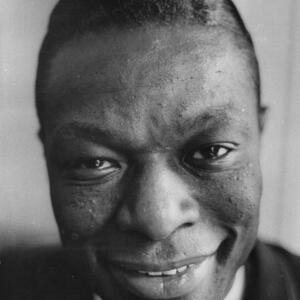