What was Naomi Judd's Net Worth?

Naomi Judd was an American singer, songwriter, actress, producer, and author who had a net worth of $25 million. Naomi was the mother of country music singer Wynonna Judd and actress Ashley Judd. She was also known for forming the singing group The Judds with Wynonna, in the early '80s. The Judds released the studio albums "Why Not Me" (1984), "Rockin' with the Rhythm" (1985), "Heartland" (1987), "Christmas Time with The Judds" (1987), "River of Time" (1989), and "Love Can Build a Bridge" (1990) and won six Grammy Awards. After releasing 14 #1 hits, The Judds disbanded in 1991 after Naomi was diagnosed with Hepatitis C. The Judds were inducted into the Country Music Hall of Fame in 2021.

Naomi Judd was born Diana Ellen Judd on January 11, 1946, in Ashland, Kentucky. Judd grew up with mother Polly, father Charles (a gas station owner), and three siblings. Sadly, her brother Brian passed away from leukemia at just 17 years old. Before her singing career took off, Naomi attended nursing school at the College of Marin in California while raising her daughters as a single mother.

After moving to Tennessee in the late '70s, Judd began playing music with Wynonna, and a 1983 appearance on "​The​ ​Ralph​ ​Emery Show" led to the duo being signed by ​Joe​ ​Galante, the head of RCA. The Judds released the Gold EP "Wynonna & Naomi" in 1983, and the single "Mama He's Crazy" topped the "Billboard" Hot Country Songs chart and earned them their first Grammy. Their debut album, 1984's "Why Not Me," went 2x Platinum and reached #1 on the "Billboard" Top Country Albums chart. The album's title track gave the duo their second #1 hit and their second Grammy, and the singles "Girls' Night Out" and "Love Is Alive" were also #1 hits. The Judds" second album, 1985's "Rockin' with the Rhythm," reached #1 on the Top Country Albums chart, went Platinum, and featured the #1 hits "Have Mercy," "Grandpa (Tell Me 'Bout the Good Old Days)," "Rockin' with the Rhythm of the Rain," and "Cry Myself to Sleep." Their third album, 1987's "Heartland," also went Platinum and reached #1 on the  Top Country Albums chart, and they had three more #1 hits with the singles "I Know Where I'm Going," "Maybe Your Baby's Got the Blues," and "Turn It Loose." 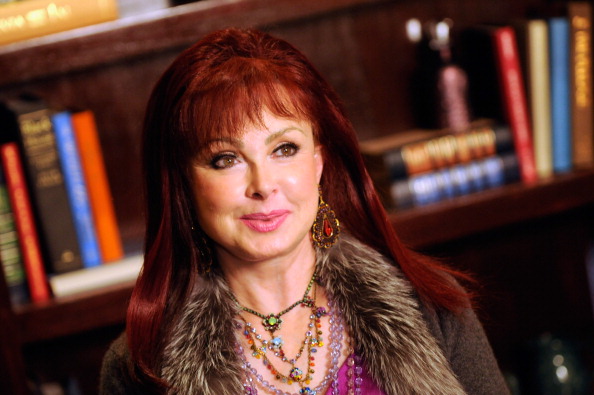 The 1987 album "Christmas Time with The Judds" was the duo's first album that did not reach #1 on the Top Country Albums chart; it was certified Platinum but peaked at #49. The Judds followed their holiday album with 1989's "River of Time," which went Gold and reached #2 on the Top Country Albums chart. The album gave them two more #1 singles, "Young Love (Strong Love)" and "Let Me Tell You About Love." Though "Let Me Tell You About Love" was The Judds' last #1 single, three songs from their final studio album, 1990's "Love Can Build a Bridge," cracked the top 10 on the Hot Country Songs chart, with "Born to Be Blue" and the title track reaching #5 and "One Hundred and Two" peaking at #6. In 1991, Naomi's Hepatitis C diagnosis put a halt to The Judds, but they ended their run with more than 20 million album sales and a successful farewell tour. That year Judd launched the Naomi Judd Education and Research Fund, and the duo reunited in 1999 for a Phoenix New Year's Eve concert and in 2000 for the "Power to Change" tour. From 2003 to 2004, Naomi served as a judge on "Star Search, and in 2005, she began hosting the Hallmark Channel talk show "Naomi's New Morning." She was a judge and mentor on the CMT competition series "Can You Duet" in 2008, and in 2011, she and Wynonna starred in the reality series "The Judds," which aired on OWN: Oprah Winfrey Network. In 2017, The Judds reunited again for Kenny Rogers' final concert, "All in for the Gambler," at Nashville's Bridgestone Arena, and they performed "Back to the Well" together.

Naomi gave birth to Christina Claire Ciminella (later known as Wynonna) on May 30, 1964. Wynonna's biological father is Charles Jordan, but Judd married Michael Charles Ciminella on January 3, 1964, after Jordan abandoned her. Naomi and Michael had one child together, Ashley (born April 19, 1968), before divorcing in 1972. Judd then wed Larry Strickland, a singer with the Palmetto State Quartet, on May 6, 1989. In 2014, Judd wrote an article for "Everyday Health" about her experience with Hepatitis C and stated that Dr. Bruce Bacon, head of Hematology at the University of St. Louis, "proclaimed [her] cured of the hepatitis C virus" in 1995. Naomi said of the disease, "Today, I am healthy and grateful that I am free from the virus and that I see others cured without having to endure the hideous years that I did. I am an ambassador for further research in hepatitis C and learning and speaking about the benefits of the spirit, mind, and body connection is my passion." 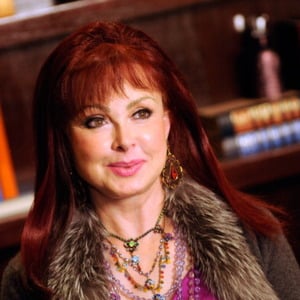