What is Nancy Wilson's Net Worth?

Nancy Wilson is an American singer, songwriter, guitarist and producer who has a net worth of $15 million.  Wilson is perhaps best known for being the guitarist and backing vocalist in the rock band Heart, along with her older sister Ann. Together, they released a number of successful albums, reaching the peak of their popularity during the late 70s and the 80s. These included albums like "Dreamboat Annie" and "Little Queen," which featured hits like "Magic Man," "Crazy on You," and "Barracuda."

Heart went on to release 10 studio albums, including 1990's "Brigade." In total, Heart has sold more than 35 million records worldwide. Nancy has been singled out for praise, particularly for her mastery of the guitar. Her unique style blended genres like flamenco and classical guitar with hard rock, and she is considered one of the greatest female guitarists of all time. In addition, she contributed vocals to a number of notable songs by Heart, and she was the lead vocalist for Heart's first number-one single, "These Dreams." In 2013, Wilson was inducted into the Rock and Roll Hall of Fame along with her older sister in recognition for their achievements with Heart.

Nancy Lamoureaux Wilson was born on March 16th of 1954 in San Francisco, California. She was raised alongside two older sisters, one of whom was her future Heart bandmate, Ann. Although she was born in California, she actually grew up partially in Taiwan due to her father's work with the US Marine Corps. Nancy then settled with her family in Bellevue, Washington at the age of six.

In 1964, she and her sister Ann saw the Beatles on television, and from that point onwards they knew they wanted to become rock musicians. The Beatles later performed in Seattle with Ann and Nancy in attendance. After graduating from high school, Wilson attended Pacific University in Oregon, studying art and German for one year. She then transferred to Portland State University before transferring to the University of Washington in 1973 and returning to Seattle.

Ann and Nancy formed their first group, The Viewpoints, along with a few other childhood friends. They were a four-part harmony vocal group. During this period, Ann was given an acoustic guitar by her parents, which Nancy also practiced with. The Viewpoints performed at local folk festivals, drive-ins, and church socials. During her high school years, Nancy and Ann recorded a number of demos and released their first records.

During Nancy's college years, she played solo acoustic shows, mostly performing covers of songs by Joni Mitchell and Paul Simon. Meanwhile, Ann had met up with guitarist Roger Fisher and bass player Steve Fossen, and they came together to form the band Hocus Pocus. Nancy was convinced by her sister to join the band, and they all relocated to West Vancouver, Canada together. By this point, the band had been renamed "Heart." 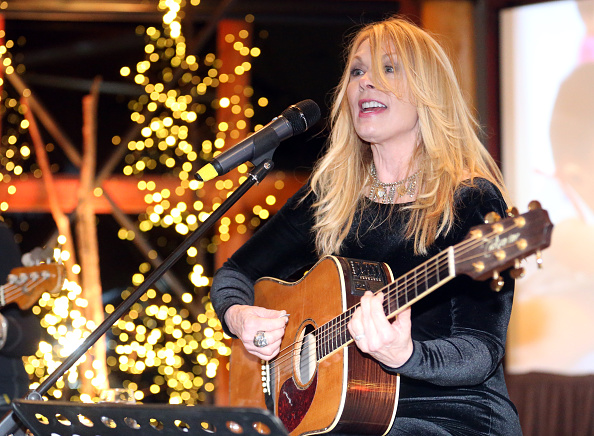 After recording a demo with Mushroom Records, Heart released "Magic Man," which was played extensively in Vancouver. This came shortly before their debut album, "Dreamboat Annie." The album proved to be their commercial breakthrough, and it also included hits like "Crazy on You." When the dust settled, "Dreamboat Annie" had sold over one million copies. The sisters then decided to leave Mushroom Records due to a sexually suggestive advertisement that featured them, and they signed instead with Portrait Records.

Through Portrait Records, Heart released "Magazine" in 1977 before releasing "Little Queen." This latter album contained hits like "Barracuda" and "Heartless." They then followed up with more platinum albums, including the double-platinum "Dog & Butterfly," but the group entered a commercial decline in the 80s, partly due to the departure of several key members. However, they bounced back with "Heart" in 1985, which contained five hit singles. The band continues to tour together.

Ann Wilson dated members of Heart such as Roger Fisher and Michael Derosier during the band's early years. In 1981, she was introduced to screenwriter Cameron Crowe, and the two began a relationship. They were eventually married in 1986, and they tried to have children together. However, fertility issues proved to be considerable, even after many treatment options were explored. Finally, Wilson and Crowe welcomed twins into the world via an egg donor and a surrogate, with Nancy giving birth in 2000. Ten years later, the couple divorced due to irreconcilable differences.

One year after the divorce was finalized, began dating a man by the name of Geoff Bywater who worked in music production. They eventually married in 2012. However, this marriage had evidently ended by the time Nancy married Dean Wetter in 2015.

One year after Wetter and Wilson's marriage, Wetter was arrested for physically assaulting Nancy's twin sons. The boys were 16 at the time, and Dean allegedly grabbed them both by the throat and "squeezed" for several moments. At the time, Heart was actually performing in Washington. Wetter pleaded guilty to two nonfelony assault charges, and Nancy later commented that she didn't even think the police needed to be called. The incident affected Heart, and it also put a strain on the sisters' relationship, as Ann evidently had doubts about how it was all handled.

In 2019, Nancy Wilson listed her home in Topanga Canyon, California for $2.1 million. She had been trying to sell the residence for a few years, and she initially purchased it for $1.5 million in 2009. It features 3,800 square feet of living space, vaulted ceilings, French doors, and a custom stone fireplace. Additional highlights include a two-story, two-bedroom detached guesthouse and an entertainment deck with a hot tub. The same year, her sister Ann sold a property in Seattle for $4.3 million. 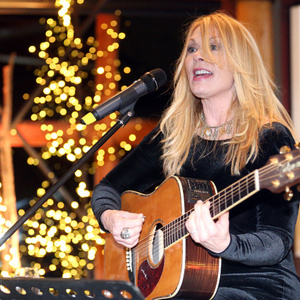