What is Nancy Sinatra's Net Worth?

Nancy Sinatra is an American singer and actress who has a net worth of $50 million. Nancy became well-known for her single "These Boots Are Made for Walkin." She is the daughter of Frank Sinatra.

Sinatra was born on June 8, 1940 to Frank Sinatra and Nancy Barbato, both of whom are of Italian ancestry. She and her two younger siblings were born in Jersey City, New Jersey but the family moved to Hasbrouck Heights, New Jersey when she was three years old. They later then moved to Toluca Lake, California in order for her father to better pursue his career. After the move to California, Sinatra began taking piano, dance, voice, and acting lessons. When she was 18, she enrolled at UCLA to continue studying dance, music, and voice, though she dropped out after one year.

In 1960, Sinatra made her professional debut in her father's television special "The Frank Sinatra Timex Show: Welcome Home Elvis." She danced and sang a duet with her father in honor of Elvis Presley's return from Europe. She then signed to her father's label, Reprise Records, in 1961. She released her first single, "Cuff Links and a Tie Clip," shortly after, though it went largely unnoticed. Over the next couple of years, her career failed to take off and she was almost dropped from her label.

After her father asked noted producer and songwriter, Lee Hazlewood, to help his daughter boost her career, Sinatra's career improved. Hazlewood encouraged Sinatra to change her singing style to sing in a lower style. Sinatra also underwent a makeover and began wearing more makeup, bleached her hair blond, and started wearing more high fashion clothing. In 1966, she released "These Boots Are Made for Walkin." The song became a major hit in both the United States and England and went on to win three Grammy Award nominations and sell over one million copies.

Following the success of this song, Sinatra followed it up with a number of other hit singles like "How Does That Grab You, Darlin?" and "Sugar Town." Her ballad with her father, "Somethin' Stupid," reached number one on both the UK and US charts in April of 1967. The song earned a Grammy nomination for Record of the Year and still remains the only father-daughter duet to ever take the number one spot in the United States. 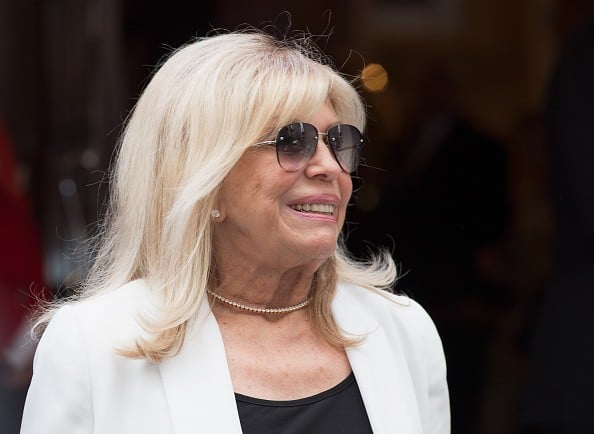 Throughout the end of the 1960s, Sinatra continued producing a number of popular singles like "Loves Eyes" and "Lightning's Girl." She also sang country-western style hits with Hazlewood like "Summer Wine" and "Jackson." In 2967, they also released the track "Some Velvet Morning" which was considered one of the most unique duet tracks of the time. She also recorded the theme song for the James Bond film, "You Only Live Twice" in 1967.

In 1971, Sinatra moved on from Reprise Records to sign with RCA Records. She released three albums with the label from 1971 to 1973. By 1975, Sinatra was releasing singles on Private Stock Records. These included "Kinky Love," It's for My Dad," and "Indian Summer."

Sinatra slowed her music career by the mid-1970s to focus on her family. She released a few tracks in the 2000s and the EMI label released "The Essential Nancy Sinatra" in 2006, which was the first of Sinatra's albums to chart in the UK since the early 1970s. In 2013, she released the digital-only album "Shifting Gears," which featured 15 previously unreleased tracks. In 2020, she announced that she planned to release the "Nancy Sinatra Archival Series" with Light in the Attic records. In addition to the compilation record, she also released exclusive merchandise in her online shop, Nancy's Boutique.

In addition to her music career, Sinatra also appeared in a number of movies and television shows during the height of her fame. She appeared in three beach-theme films in the mid-1960s – "For Those Who Think Young," "Get Yourself a College Girl," and "The Ghost in the Invisible Bikini." She appeared as herself in "The Oscar," "The Wild Angels," and "The Last of the Secret Agent" in 1966. Her final film was the 1968 musical comedy, "Speedway," in which she appeared with Elvis Presley. She also appeared in a number of her father's television specials as well as her own special, "Movin' With Nancy," in 1967. Nancy's contribution to film and music were recognized in 2006 when she received a star on the Hollywood Walk of Fame. A Golden Palm Star had also been dedicated to her in Palm Springs, California in 2002.

In 1960, Sinatra married Tommy Sands, an American pop singer and actor. Their marriage lasted five years before they divorced in 1965. Sinatra later began a relationship with Hugh Lambert. The two married in 1970 and remained married until Lambert's death in 1985. During their marriage, Sinatra and Lambert had two children – Angela and Amanda. 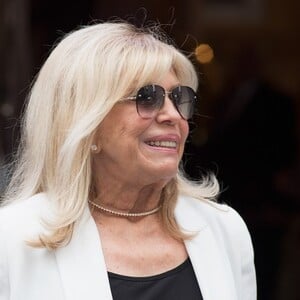