Nancy Ajram net worth: Nancy Ajram is a Lebanese singer who has a net worth of $60 million. Nancy Ajram was born in Achrafieh, Beirut, Lebanon in May 1983. She started to perform as a child with the support of her father and released her debut studio album at 15 years old.

She collaborated with producer Jiji Lamara which led to her smash hit "Akhasmak Ah". Ajram's third studio album Ya Salam in 2003 and her fourth studio album Ah W Noss in 2004 both reached #1 in Egypt, UAE, Lebanon, Qatar, Algeria, Morocco, Rotana, Tunisia, Jordan, and Bahrain. Her seventh album Betfakar Fi Eih was released in 2008 and also reached #1 in all of those countries. Ajram is considered to be a pop icon in the Middle East. She won her first World Music Award in 2008 as the Best-selling Middle Eastern Artist. She is the first and only female spokesperson and sponsor of Coca-Cola in the Middle East and the Arab world. She has been on the Most Powerful Arabs list several times and was named as one of the most influential Arabs by Newsweek. Ajran's Facebook page has more subscribers than any other Arabic female artist. 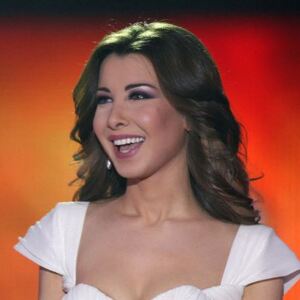