Born in Chania, Crete, Greece on October 13, 1934, Nana Mouskouri has sold over 300 million albums during her career. She is multilingual and has been active in the music industry since 1958, specializing in jazz, pop, folk, world music, and easy listening. She has been affiliated with record labels such as Fontana, Polydor, Mercury, Verve, Philips, PolyGram, and Universal Music France. She studied at the Athens Conservatoire where she studied classical music and opera. She is currently married to Andre Chapelle and lives in Switzerland.

In 1962, after meeting Quincy Jones, Mouskouri traveled to America to record a jazz album. It was called The Girl from Greece Sings and was followed by the United Kingdom recording, My Colouring Book. In 1968 she hosted a BBC series called Presenting Nana Mouskouri. In 1979 she released the album titled Roses and Sunshine which featured collaborations with John Denver, Bob Dylan, Neil Young, and Dolly Parton. She released five albums, all in different languages, in 1987. Along with music, Mouskouri is also a UNICEF ambassador and was named Goodwill Ambassador in 1993. She was also previously a member of the European Parliament via the New Democracy between 1994 and 1999. She announced a brief retirement but released two albums in 2011 and announced that she would be going on a German tour in 2012. 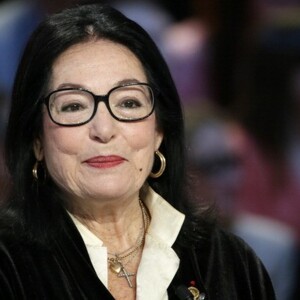