Mylene Farmer net worth: Mylene Farmer is a French singer, songwriter, actress, writer, and entrepreneur who has a net worth of $50 million. Mylene Farmer was born in Pierrefonds, Quebec, Canada in September 1961. She is one of the most successful recording artists of all time in France with more than 18 million records sold.

Farmer also holds a record with 20 #1 hits on the French charts with eight in a row. She has had 14 of her albums reach #1 in France. Mylene Farmer won a World Music Award in 1993 for World's Best Selling French Artist. She was nominated for World Music Awards in 2014 for World's Best Female Artist and World's Best Live Act. She also owns several sound recording and music publishing companies including Requiem Publishing, Stuffed Monkey, Dichotomie, and Isiaka. Mylene Farmer's single "Stolen Car" (with Sting) reached #1 in France and Belgium. Her singles "Degeneration" and "Slipping Away (Crier la vie") (with Moby) also reached #1 in France and Belgium. 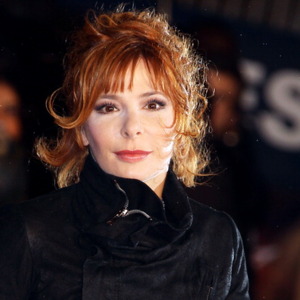