Musiq Soulchild Net Worth: Musiq Soulchild is an American R&B/soul singer-songwriter who has a net worth of $9 million. Taalib Johnson, better known by "Musiq Soulchild" built his net worth as a singer and songwriter. Soulchild was born in Philadelphia, Pennsylvania and is the oldest of nine children.

Johnson was inspired by Stevie Wonder and Ray Charles. Born Taalib Johnson on September 16, 1977, in Philadelphia, Pennsylvania, US, he made a name for himself with his one of a kind music style that blends contemporary R&B, soul, funk, alternative, blues, jazz, as well as some gospel influences and hip hop. A school drop-out, seventeen-year-old Johnson left home in search of a better life in Philadelphia. There, he first started to unveil his gift for music, eventually earning the name Musiq and later Soulchild. The blend of the two remained as his stage name later on. Once his debut album came to light in 2000, Soulchild's career has been quite a journey. Only two years later, he saw the release of his second album which topped the Billboard 200 and went platinum. So far, the man who cited as his inspiration icons like Stevie Wonder, James Brown, Patti LaBelle, Billie Holiday, Sly & the Family Stone and Ray Charles has released 2 platinum albums, 2 gold albums and 7 hit singles. His work has been awarded with numerous recognitions and accolades, including nominations by BET, BMI, Moard, Soul Train and ASCAP, as well as awards from NAACP, and the Billb MTV American Music Awards. His popularity as a songwriter/singer helped him work on numerous side projects. Thus, he made a special appearance on The CW's #1 comedy show The and on the UPN sitcom All of Us. Also, he has starred in advertisements for Nike, Coca-Cola, McDonalds, and the Gap, Levi Strauss & Co. 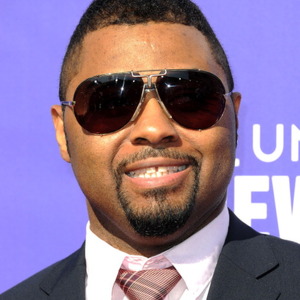